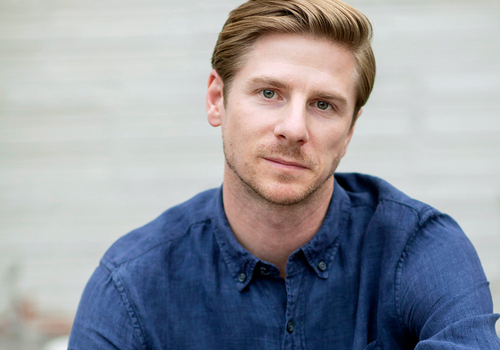 "Child in the Valley is vividly brutal and haunting, well beyond its subject matter. Gordy Sauer has a bright future ahead of him."

Hub City Press is proud to announce it will publish Gordy Sauer's Child in the Valley in spring 2021. For fans of Ian McGuire’s The North Water and Michael Punke’s The Revenant, Child in the Valley by Gordy Sauer is a coming-of-age story set in the harsh landscape of Gold Rush America, centering on a orphan's journey to California in a wagon train of ruthless 49ers.

Seventeen-year-old Joshua Gaines is suddenly orphaned in 1849, and after discovering that his foster father has left him deeply in debt, he flees his St. Louis home for Independence, Missouri. There, he plans to offer his medical expertise in exchange for passage to California in a Gold Rush party. Joshua is initially rebuffed given his youth and inexperience, but as his resentment and greed grow, a chance encounter with a ruthless adventurer and an ex-slave enlists him in a party comprised of provincial identical twins and a wealthy Englishman. The party departs overland along a 1,500-mile trail carved out by hardship, disease, violence, and death.  When finally they arrive starving and exhausted in California’s Sacramento Valley, Joshua discovers that attaining those riches is not as simple as pulling them from the riverbed, forcing him to redefine his sense of morality within the context of his greed; his complex sexuality; and the growing, though still-fledgling, American government.

This novel will be published in spring of 2021 in the Cold Mountain Fund Series, in partnership with Charles Frazier.

Gordy Sauer is a native Texan and transplant Missourian. He holds an MFA from Columbia University and an MA from Clemson University. His writing has appeared in Narrative Magazine and Boulevard, among other places, and he received a 2013 artist's grant for residency at the Vermont Studio Center. A lifelong educator, he has taught snowboarding, fly fishing, middle school math and science, and now works as a speechwriter at Mizzou. This is his first novel.