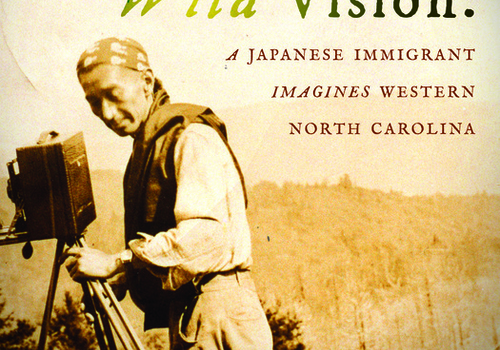 Hub City Press is pleased to announce the forthcoming publication of Brent Martin's George Masa’s Wild Vision: A Japanese Immigrant Imagines Western North Carolina. The book will reproduce up to one hundred of Masa’s photographs, accompanied by Martin’s reflections on Masa’s life and work.

Hub City Press, the South’s premier literary publisher, intends to publish Brent’s book—along with more than 100 of Masa’s gorgeous photographs—in spring 2022. A not-for-profit publisher since 1995, Hub City has begun a campaign to raise $10,000 to fund the printing of Martin’s book. We are thrilled to work with Brent, who explores the locations of Masa’s photographs in order to contrast, lament, and exalt the condition of the landscape that this underappreciated photographer so loved and worked to protect. All donors to this campaign will be acknowledged in the book, which will be distributed to stores throughout the United States. Donors also will receive a signed copy and a note from Brent. Will you help us make Brent’s book a reality? Contributions can be made at hubcity.org/masa or in the enclosed envelope. Donations are tax-deductible to the full extent of the law. Contributors who give $100 or more will be acknowledged in the final book.

Hub City Press—whose books have been reviewed recently in The New Yorker, The New York Times, and The San Francisco Chronicle—would be most grateful for your participation. We know Brent Martin will be, too. Please consider being a part of this wonderful project.

Masa's photographs from the 1920s and early 1930s are stunning windows into a period of great transition in the southern Appalachians. This era saw railroads hauling out the remaining old-growth timber with impunity, new roads blasted into and through hillsides, and activists emerging to fight for a new national park. George Masa captured this transition like no other photographer of his time. His images, along with his knowledge of the landscape, became a critical piece of the argument for the Great Smoky Mountains National Park, compelling John D. Rockefeller to donate $5 million for initial land purchases. Not only were Masa’s photographs tools of advocacy, but they were also art. Indeed, he has been called the Ansel Adams of the Smokies. 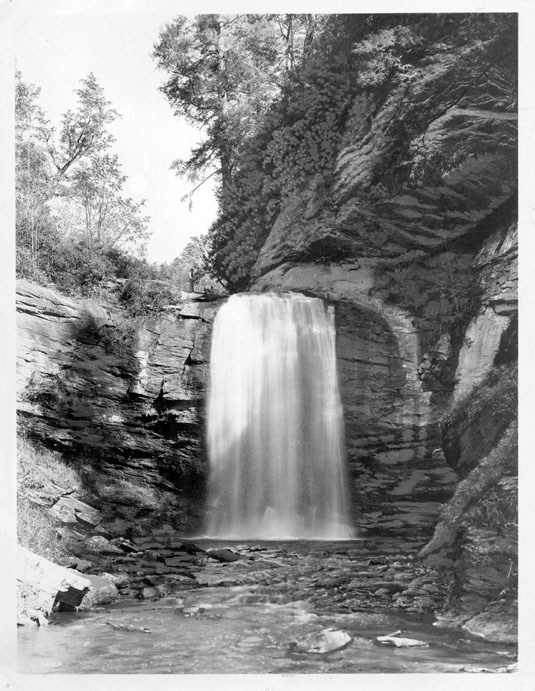 Martin, a western North Carolina poet and environmental organizer, explores the same locations as Masa visited, using first-person narratives to contrast, lament, and exalt the condition of the landscape the photographer so loved and worked to interpret and protect.

Born in Masahara Iizuka in Osaka, Japan, George Masa arrived in California at the turn of the twentieth century to study mining, and much about his early life in America is unknown. He traveled by train from San Francisco in 1915 to settle in Asheville, North Carolina, where he began photographing the nearby mountains and helping to map the Appalachian Trail. After a life of tireless devotion to the preservation of the western North Carolina landscape, Masa died, destitute, of influenza in 1933.

This book will be published in spring of 2022 in the Cold Mountain Fund Series, in partnership with Charles Frazier.

An image of Looking Glass Fall taken by Masa. Photo from the Buncombe County Public Library. 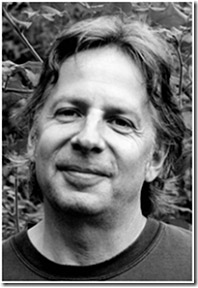 Brent Martin is the author of three chapbook collections of poetry and of Hunting for Camellias at Horseshoe Bend, a nonfiction chapbook published by Red Bird Press in 2015. His poetry and essays have been published in the North Carolina Literary Review, Pisgah Review, Tar River Poetry, Chattahoochee Review, Eno Journal, New Southerner, Kudzu Literary Journal, Smoky Mountain News and elsewhere. He lives in the Cowee community in Western North Carolina, where he and his wife, Angela Faye Martin, run Alarka Institute. He has recently completed a two-year term as Gilbert-Chappell Distinguished Poet for the West. He is the author of The Changing Blue Ridge Mountains: Essays on Journeys Past and Present.