Join us online for a virtual evening with Wesley Browne in conversation with George Singleton! These two Southern authors will be discussing Browne's debut novel, Hillbilly Hustle, via CrowdCast at 7PM on October 16th!

Knox Thompson thinks he’s working a hustle, but it’s a hustle that’s working him. Trying to keep his pizza shop and parents afloat, he cleans out a backroom Kentucky poker game only to be roped into dealing marijuana by the proprietor—an arrangement Knox only halfheartedly resists.

Knox’s shop makes the perfect front for a marijuana operation, but his supplier turns out to be violent and calculating, and Knox ends up under his thumb. It’s not long before more than just the pizza shop is at risk. 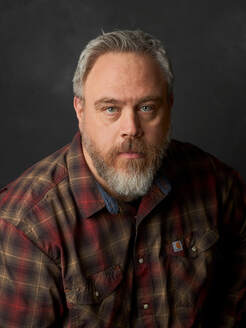 “A narrative rolled as expertly as Willie Nelson’s nightcap. It takes shape between breakneck page turns and well-timed punch lines.” - David Joy, author of The Line That Held Us

Wesley Browne is the founder and host of Pages & Pints Reading Series at Apollo Pizza in Richmond, Kentucky. He lives with his wife and two sons in Madison County, where he practices law, co-owns and helps manage local restaurants and a music venue, and coaches sports. This is his debut book.

George Singleton has published eight collections of stories, two novels, and a book of writing advice. Over 200 of his stories have appeared in magazines such as the Atlantic Monthly, Harper’s, Playboy, the Georgia Review, the Southern Review, the Cincinnati Review, and elsewhere. He is the recipient of a Pushcart Prize, a Guggenheim fellowship, the Hillsdale Award from the Fellowship of Southern Writers, and the Corrington Award for Literary Excellence. He lives in Spartanburg, SC, where he holds the John C. Cobb Chair in Humanities at Wofford College. His newest book, You Want More, is a collection of short stories published September 15, 2020 by Hub City Press!