Join us for a last-minute coffee and meet & greet with German crime writer & former journalist, Max Annas! Annas recently made his U.S. debut with his novel, The Wall, set in East London, South Africa, and winner the 2017 German Crime Fiction Prize. 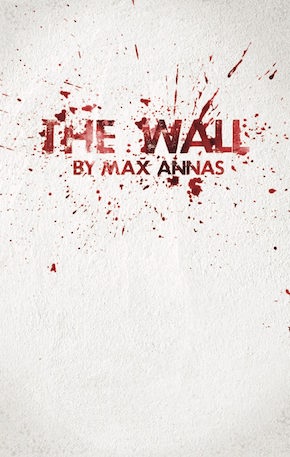 Moses, a black college student, is headed home to change for a date with his girlfriend after helping a professor put some books into storage. When his car and phone die, he’s stranded near the Pines, an exclusive gated community. Moses manages to sneak through a gate into the Pines, but he soon finds himself in peril after two white men, one an armed security guard, start chasing him. Meanwhile, Thembinkosi and Nozipho, two thieves, slip into the Pines and get a shock when they find the corpse of a white woman, an apparent murder victim, in the freezer of a house they break into. The arch tone isn’t a good fit for the violence that ensues, and any message about racial stereotyping is thin at best. American crime fiction fans who value suspense will have to look elsewhere.

Mistaken identities, racial profiling, and class politics form the backdrop of this intense thriller. The Wall tackles the issues of gun violence, racism, and exclusion in contemporary South Africa―problems that are equally relevant in the United States.

Before writing novels, Max Annas worked as a journalist. A renowned film critic, his first novel is currently under film production in South Africa.

"Annas works like a film director, bombarding us with shot and counter-shot. The reader races to the explosion… an actual shootout. The Wall is a fantastic, yet very funny, novel... Fast, hard and dangerous. A cheetah in book form." Die Welt (Germany)

"Fear and distrust of anyone who counts as 'the other.' [...]…jam-packed with action, thrills and suspense. A brilliant success!" Deutschlandradio Kultur (Germany)

"Ducking, hiding, running - these are what drive the novel's dynamics, its minute-by-minute choreography. Instincts dictate behaviors. In this case: prejudice, aversions, and racism." Süddeutsche Zeitung (Germany)