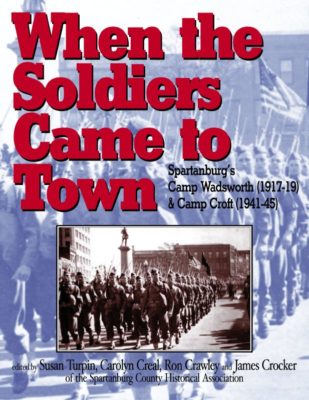 When the Soldiers Came to Town

This is the story of the role Spartanburg County played in the training of soldiers for World War I and II. Read More

During World War I and World War II, more than 350,000 men on their way to battlefields abroad came to Spartanburg to learn to be soldiers at the training camps of Wadsworth and Croft. The story of how wartime preparation changed them, and how they in turn changed Spartanburg, is the focus of Hub City’s When the Soldiers Came to Town, a lively, illustrated history edited by Susan Turpin, Carolyn Creal, Ron Crawley, and James Crocker.

Few traces remain of the 2,000-acre Wadsworth training facility and the 20,000-acre Croft complex. Many of the soldiers who trained there are gone as well. But this collection of photographs and memories ensures that Spartanburg—and the rest of the world—will not forget what went on at those bases in those short years. It also shines a light on the dynamic beginnings of the Spartanburg Memorial Airport, site of numerous “war games” that trained thousands of American flyboys in the early 1940s.

Along with engaging oral histories, there are more than 400 photographs here—from soldiers parading in Morgan Square and dining in local restaurants to digging combat trenches and learning bugle calls. 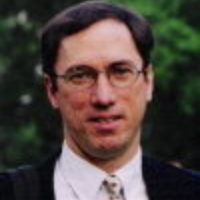 Ron Crawley lives in Grambling, South Carolina, and has family ties to Spartanburg County dating back to 1790. His interest in Camp Croft began when he was a Boy Scout exploring and camping in the area. He created a website dedicated to the camp (www.CampCroft.org) and helps to coordinate an annual reunion of Camp Croft veterans.