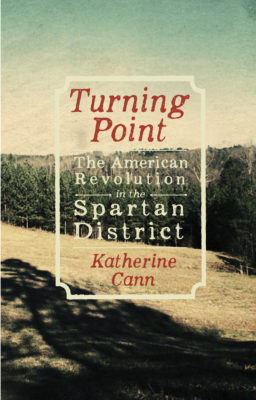 Full of drama and memorable heroes, Turning Point is an important and accessible volume about a key moment in our nation’s struggle for freedom. Read More

The British Army turned south in 1779, expecting to sweep through the region with their Tory allies, setting the stage for victory in the Americas in the war for independence. Upon entering the Old Spartan District in northwest South Carolina, however, they ran up against tenacious opposition from locals and their military leaders. In a series of small skirmishes here, the southern Patriots gained confidence and valuable combat experience that led to surprising victories at Kings Mountain and Cowpens, ultimately pushing the British back north toward surrender.

In Turning Point: The American Revolution in the Spartan District, historian Katherine Cann tells the compelling story of how inexperienced backcountry militiamen in the Old Spartan District bottled up the British and learned how to defeat a seasoned foe. George F. Fields Jr., a leading military heritage preservationist, provides colorful commentary as Field Notes throughout, capturing both the emotion and the commotion of the time.

As a bonus, there’s a handy guide to the Spartanburg Revolutionary War Trail, a driving tour of twelve spots in the Spartan District that were central to the American victory. 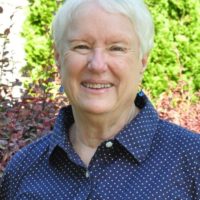 Katherine Davis Cann is Professor of History and Chair of the Social Science Department at Spartanburg Methodist College. She is a graduate of Lander University and holds advanced degrees from the University of North Carolina (MA in History) and the University of South Carolina (PhD in History). Dr. Cann has published articles on the social structure of Abbeville District, the governorship of John P. Richards, and the career of Sarah Morgan Dawson.