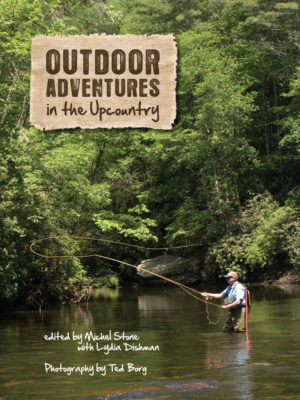 Outdoor Adventures in the Upcountry

Outdoor Adventures in the Upcountry is a collection of true stories about hunting, fishing, paddling, and other recreational pursuits by the area’s best nature and outdoors writers. Read More

The South Carolina Upcountry is a paradise for the outdoor enthusiast. From the piedmont to the foothills, nature lovers and sportsmen alike discover adventure among pristine streams and waterfalls, winding trails and hardwood forests, and the region’s best-kept secret: its state parks.

This colorful, large-format book is beautifully illustrated with dozens of images by nature photographer Ted Borg, whose work has appeared for decades in South Carolina Wildlife magazine.

Head to a cool mountain stream with award-winning novelist Ron Rash of Clemson. Stroll a summer wood with Furman University essayist Joni Tevis. Paddle a meandering Spartanburg creek with John Lane, author of the book Chattooga. Among the adventures you’ll enjoy along the way are a deer hunt among loblolly, a hike around the gem that is Lake Jocassee, and the acrobatics of ravens at Caesars Head. Join these thirty-six writers as they explore and celebrate all that the Upcountry of South Carolina has to offer the nature lover in you.

“Like most people I love good stories, and when those stories revolve around places I know, I like them even better. This mix of outdoor stories is a delight to read and serves as food for the imagination. For me they brought back memories that need to return. Perhaps they will do the same for you.” ⁠—Rudy Mancke, director of nature programming, SCETV 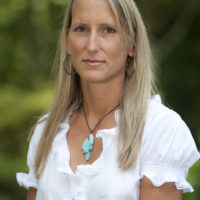 Michel Stone has published about a dozen short stories and is a winner of the Hub City Prize for fiction as well as South Carolina Magazine's Very Short Fiction Contest. She is an alumna of the Sewanee Writers Conference and lives in Spartanburg.