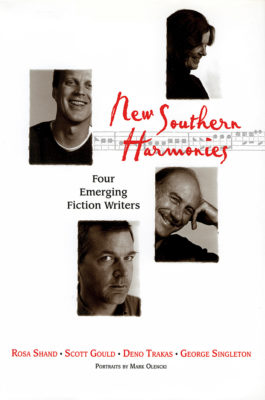 The first collection of short stories from the Hub City Writers Project brings together the work of four award-winning fiction writers from South Carolina. New Southern Harmonies is a literary sampler of their art. Read More

This book received an IPPY award in 1999 from Independent Publisher magazine as the best book of short fiction by an independent press in North America.

The range of styles and subjects in these stories is as diverse as the landscape of the Palmetto State─from the offbeat humor of George Singleton's "Outlaw Head and Tail," to the piercing passion of Rosa Shand's "Density of Sunlight," to the sprawling, strange drama of Scott Gould's "Nothing Fazes the Autopilot," to the unexpected twists of Deno Trakas's "Eugene."

While all these storytellers share the same home─upstate South Carolina─they do not share the same view of the world, and they have vastly different imaginations. Inside these pages are philosophers and barkeeps, movie-makers and artists, airplane pilots and eccentric great-aunts, love-struck teens and 40-something hoopsters. There are characters confronting race, defying convention, and exploring the meaning of love. Settings range from the "semi-jungle" of Uganda to the imaginary world of Christ Almighty, North Carolina; along the way, there are vine-covered Southern homesteads, damp campgrounds, and ubiquitous suburban malls. There's even a house at the bottom of a lake.

To tell more would be to reveal too many of the surprises found within the pages of New Southern Harmonies. These are some of the best tales told by the most celebrated fiction writers of the South Carolina Piedmont. Some are brand-new stories; others already have been discovered and published by such noted journals and magazines as The Kenyon Review, The Oxford American, Black Warrior Review, and Playboy. Together, they create a delightful chorus that is clear, powerful, and destined to endure. 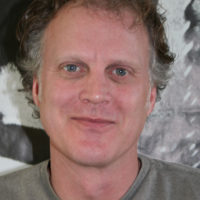 Scott Gould is Chair of the Creative Writing Department at the South Carolina Governor's School for the Arts & Humanities. His poetry, fiction and nonfiction have been published in magazines and anthologies including Kenyon Review, Kansas Quarterly, Carolina Quarterly, Black Warrior Review, New Stories From the South, among others.