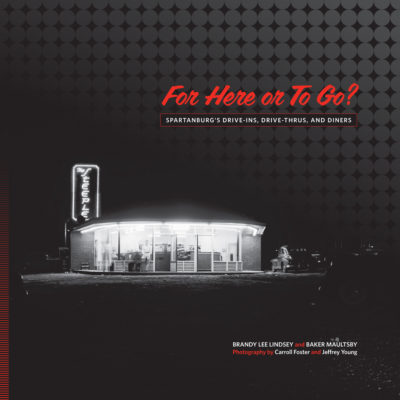 For Here or To Go?

A collection of deeply personal stories and nostalgic images, these pages represent a treasured piece of Spartanburg's past that has survived well into its present. Read More

Whether you're hungry for local history, or simply craving a burger and fries, For Here or To Go? offers something you can really sink your teeth into.

Drive-in restaurants began appearing on the outskirts of Spartanburg in the mid-1930s, surrounded by big parking lots to accommodate customers willing to travel a bit in their cars. Out "Charlotte Highway"─now known as East Main Street─there was the Fernwood Drive-In, the Porky Pig, and the Cherry Hill Grill. By the mid-1940s, West Main Street became the original home to three drive-ins that would thrive for decades: the Beacon, the Steeple, and the Varsity. Across town, in 1947, a young man named Wade Lindsey served his first hotdog at a lunch counter on South Pine Street. And in 1964 the Sugar-N-Spice ushered in a new kind of drive-in architecture with its Googie-style space-age awning for diners to park under and eat in their cars.

In Spartanburg and throughout the country, drive-ins such as these became representative of the era. Movies and music glamorized them, and youngsters enjoyed the freedom and anonymity of hanging out in a parking lot after dark. Carhops delivered greasy goodies directly to Dad's freshly washed and waxed Chevy. And in the evening, teenagers on dates and in groups parked outside under the neon lights, singing along with tunes from the early days of rock and roll, and enjoying a burger all the way and an ice cold Coke.

Although many Spartanburg diners and drive-ins didn't survive into the new century, some continue to thrive. Others─like Boots and Sonny's, Papa's, Dolline's and Ricky's─represent the new generation. Sample a little bit of everything in this colorful tribute to the Hub City's culinary treasures. 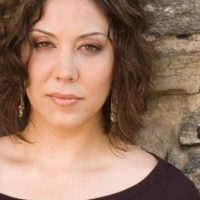 Brandy is a musician, writer and graphic designer living in Spartanburg.