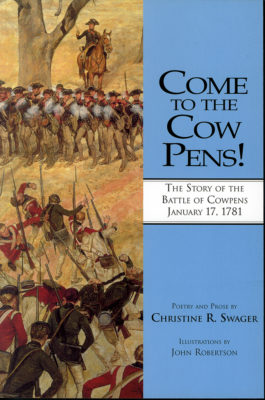 Come to the Cow Pens!

Young readers can follow the course of the Battle of Cowpens and meet the real-life characters who were there in Christine Swager's compelling Come to the Cow Pens! Read More

Daniel Morgan was known as the best horseman, the fastest runner, the fiercest fighter and the strongest wrestler. On a bitter cold day in January 1781, at an upcountry cattle pasture known as "the cow pens," the cantankerous brigadier general led an army of militiamen, Continental soldiers and cavalry in a stunning defeat of the British.

Told in both narrative and verse, the Cowpens story is a classic war story from beginning to end.

"Beginning with the settlement of the backcountry by thousands of Scots-Irish immigrants and continuing through the horrors of the brutal war in the Carolina backcountry, Dr. Swager's book fairly crackles with action." 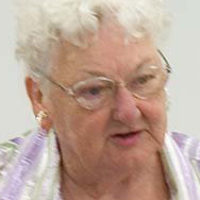 Christine Swager is the author of several books for young adults, including Black Crows and White Cockades, historic fiction based on life in Camden and If Ever Your Country Needs You, the story of Frances Marion's campaign. Her The Valient Died: The Battle of Eutaw Springs is non-fiction for general readership. She holds a Ph.D. in history from USC.