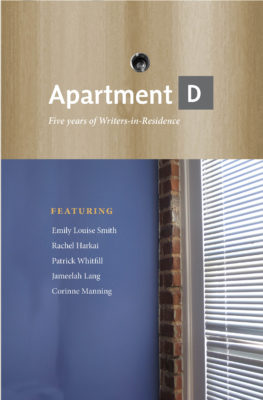 More than just an address line, Apartment D, is a collection of poetry and fiction that celebrates five years of the Hub City Writers Project's Writer-in-Residence program. From 2005 to 2010 the Hub City became the point of intersection for five emerging writers: A poet from South Carolina, another from Michigan, and then from Texas; a fiction writer from Kansas and one from New Jersey. Apartment D pulls these writers’ work together for the first time.

The dark blue apartment on the top floor of the Hub-Bub building─a former Nash Rambler car dealership─became the breeding ground for late-night poems and stories: a mathematician solving an impossible problem, the struggle to create something new, a truck riding down a Texas road, a sun-burned arm, and a rooftop encounter. In this collection the writers explore the depths of place and home and offer a glimpse of the growth that a year can offer.

The book also includes a special section after each piece called “aperture,” where each writer shares the effect their time in Spartanburg had on their work. 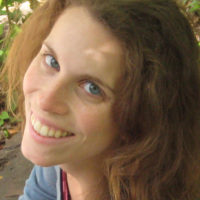 Corinne Manning graduated from Sarah Lawrence College in 2005 and completed her MFA at UNC Wilmington in May 2011. At UNCW she was a teaching assistant in the Publishing Laboratory where she designed books and broadsides. Before moving to Wilmington she co-founded the Other Means Reading Series in Brooklyn, NY. She has a piece of nonfiction forthcoming in Arts & Letters and a short story in Drunken Boat.