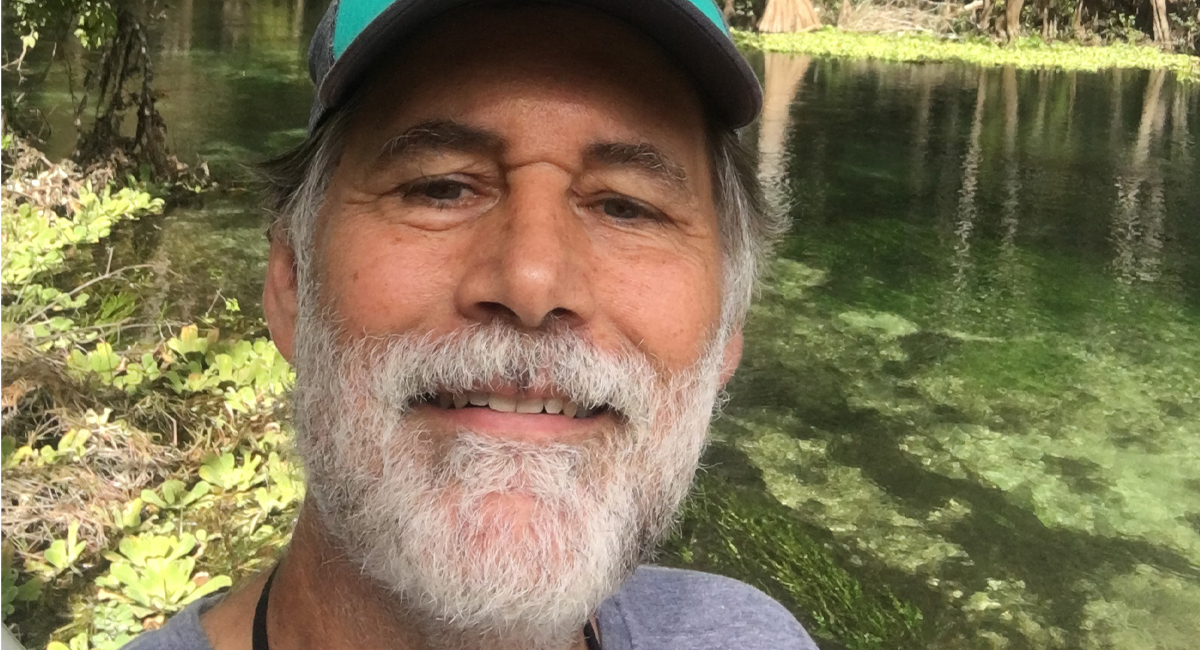 John's next novel, Whose Woods These Are, is forthcoming from Mercer University Press this fall.

I’d love to begin with you introducing yourself, your background, and your work.

First of all, thank you for creating this space, Leslie. It’s an important way to keep in touch and provide us who are continuing our work more isolated than we would have ever imagined to make contact. It’s vital work and I am glad you and Hub City have taken it on.

As for me, I am a poet and writer, soon to be retired from a 32-year academic career in which I was in the Wofford English department (teaching creative writing) the first 20 years, and then I helped design and create an interdisciplinary environmental studies program and moved entirely there to teach environmental humanities and writing the last 12 years. Since moving to ENVS, my work as a writer has become more and more environmental in sort of a humans, animals, and landscape way. Four of my last books have explored the idea of the Anthropocene, the migration of coyotes into the South, the resident hawks in our yard, and the life and work of an 85-year old friend who is one of the leading alligator experts in the world. My current project is trying to make connections between abused soils of this gullied piedmont landscape where I grew up, and the once tenant farming/mill working family that I grew out of. I jokingly describe it as “John McPhee’s geology books meet Dorothy Allison’s Bastard Out of Carolina.”

As one of the founders of the Hub City Writers Project, you’re a staple of not just the Spartanburg literary community, but the community at large. What does it mean for you to be living through the time of COVID-19 in Spartanburg, SC?

It’s frightening and extraordinary. Spartanburg, in the last decade, had made such strides in so many ways—smart people like you and so many others like you landed here and loved it. There was remarkable food. The air hummed with possibility. It wasn’t exactly like the Bob Dylan lyric (“There was music in the cafes at night and revolution in the air”), but it was closer than it has maybe ever been. I want all this to survive and continue to flourish. I want the community to show resilience. I want us to come down the other side of whatever the curve ends up being ripe and ready with possibilities.

As an environmental scholar, how do you anticipate the pandemic affecting local sustainability efforts?

I’m interested in discussions of both loss and gain. Personally and professionally, what has been the hardest to lose at this time? What have you been offered that surprised you?

Personally, what has been hardest for me to lose is my freedom of movement and particularly my afternoon lattes. Also, random face-to-face inspirational encounters with folks—where I often get ideas. Professionally, I worry about the literary institutions that have flourished in the last flush decade or so—bookshops, presses, print magazines, even huge organizations like AWP, which was already showing signs of blowing apart before the pandemic. (There is something artificial about something that big.) What has surprised me is how I, at first, became obsessed with numbers, graphs, and models. And then, thankfully, I came out of that and realized that if some insight survives out of my work as a poet or writer from this time, it will not come because I took meticulous notes about the data stream coming out of the pandemic. I went back and listened to Faulkner’s Nobel speech. At that time, everyone thought we were doomed (by nuclear war), and yet Faulkner believed we writers needed to keep writing about “the human heart in conflict with itself”, and that until the last “ding dong of doom”, writers would still be at work. That gives me hope. That makes me work.

In times of crisis we turn to the arts for comfort, release, stimulation, and so much more. What, in this unprecedented time, is functioning as a balm for you?

I read Gary Snyder’s poem “For the Children” every morning. Jane Kenyon’s “It Might be Otherwise” has also helped. Richard Thompson’s acoustic hits recording is playing a great deal around the house. His darkness and metaphors seem perfect right now. I’ve been thinking about going back to watch Monty Python and the Holy Grail.

Emily Dickinson famously wrote “‘Hope’ is the thing with feathers.” As a celebrated poet, what do you think hope looks like right now?

Hope is a standing wave. It won’t be easy, but at some point we will surf down the other side.

John Lane is professor of English and Environmental Studies at Wofford College. His books include Circling Home, My Paddle to the Sea, and Coyote Settles the South. He also coedited, with Gerald Thurmond, The Woods Stretched for Miles: New Nature Writing from the South. He has published several volumes of poetry, essays, and a novel, as well as a selection of his online columns, The Best of the Kudzu Telegraph. Whose Woods These Are is his most recent work.