Thirteen Ways of Looking at a Pandemic | George Singleton 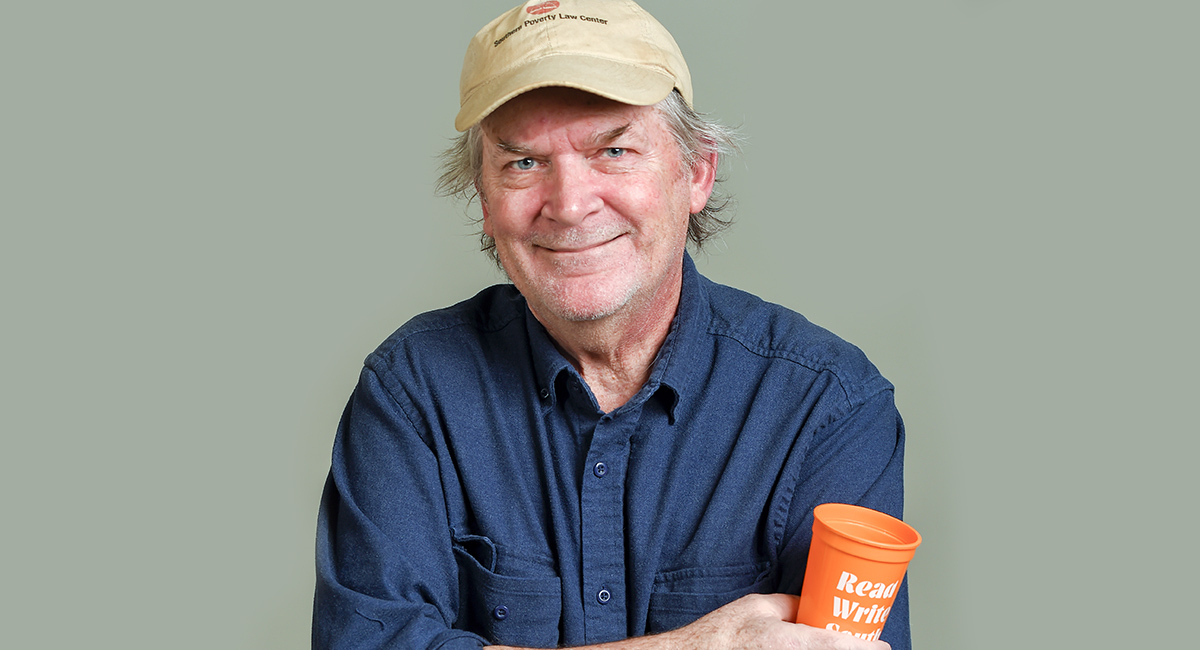 You can pre-order George Singleton’s forthcoming book, You Want More, a compilation of acclaimed and prize-winning short fiction at: hubcity.org/youwantmore

Being cooped up inside a house for a few weeks, with another possible month or two on the horizon, doesn’t faze me that much. I’ve been writing pretty seriously going on four decades. I’m all about being cooped up, like a—oh, I don’t know—let’s say blackbird.

Zoom. I shall put a curse on whoever invented Zoom. You know who loves Zoom? People who aren’t accustomed to being by themselves much, and feel the need to hold “meetings.” Now, I understand that some teachers and professors require Zoom to conduct their classes remotely. Good for them. Here’s how I’m doing it with my students: Follow the syllabus. Look for emails from me. Follow my prompts and directions. Write an essay. Send it to me as an attachment. Look for an email from me. Read the comments. Rewrite. Write/Rinse/Repeat.

I’ve been remotely teaching for my entire career, according to some students.

Everyone should know the works of Charles Portis, the writer who, sadly, died on February 17, in Little Rock, Arkansas. I’ve re-read Norwood and Dog of the South during these self-quarantined times. I imagine True Grit will be next. I’ve also read a great collection of stories by Christine Sneed titled The Virginity of Famous Men. Georgia Review, Story magazine, Arts and Letters journal, Epoch. It’s a good time to catch up.

I have never wanted to plant a garden more than I do now. But it’s still too early.

Call me lazy, but sometimes I am remiss to send out individual short stories to magazines and journals. Sometimes I get rejections from the New Yorker and Harper’s and Atlantic Monthly, then kind of forget to send out elsewhere. Everyone’s got a strange reading period these days, it seems. Subtropics, one of my favorite journals? The editor there had a one week reading period for the entire year, and received 1,000 manuscripts.

Guess who now has about twelve separate short stories out in the mail?

I’ll admit that, sometimes at night, if two fire trucks pass the house, followed by an ambulance, I go, “Come on, Glenda!” and we go see what’s going on. One time, a few months ago, when that tornado hit Spartanburg, we came across a telephone pole afire. So—and I understand that I shouldn’t mention this, and please know that I understand it’s one of my many faults that probably comes under the “schadenfreude” branch of Human Foibles—I got a thing about dumpster fires and train wrecks.

Every day I tune in to watch the president tell his stories.

I go outside and knock a tennis ball high, high into the air. My dog Mabel watches it, waits, allows it to bounce once, grabs the ball mid-air, then doesn’t bring it all the way back. I hold another tennis ball. I pretend to knock it high in the air. Mabel runs, looks up, keeps looking up, waits—she might look up for a good twenty seconds, searching the sky.

I can’t get enough of tricking my dog.

A wake of buzzards has overgrown its cell tower perch nearby. As many as thirty or fifty of them have decided to roost in some pine trees on our property. At dawn and dusk I go out and clap my hands loudly to shoo them off. Or I shoot a Roman candle into the air, not aimed at them.

You ought to see the dark cloud a wake of buzzards causes when they lift all at once.

Somewhere in all of this, I’m writing new stuff. Story about a guy who gets knocked unconscious and comes out of it speaking “hobo language.” Story about a guy who meets up with a suicidal man in Ingles, standing there trying to decide between Drano and rat poison. Story about a woman whose mother buys her a “birth portraitist” because that’s the new thing, better than a photographer, in the delivery room—though the new mother chooses a midwife and a hammock on the edge of the Nantahala River.

There sure are a lot of minutes in the day. I still get up at four-thirty or thereabouts and get to work. Then I watch the news. I feed the dogs. I promise to Mabel that I won’t trick her later on in the day. I answer emails. Just now I decided not to answer something called a “messenger chat.” I don’t even know what that means. I look at my CNN homepage on the “world wide web.” I decide that it’s extremely important to watch YouTube videos of the Allman Brothers Band, or The Clash, or whoever that guy is who sings “All I wanna do is zooma-zoom-zoom-zoom and a boom-boom.” Some people think, on various websites, that it’s “poom-poom.” I disagree. It’s “boom-boom.” Also, I’ve researched the lyrics for “The Oogum Boogum Song,” by the great, internationally-known artist, Brenton Wood. When he sings “I just say who got the blues say who got the blues say”—man, have I been singing the wrong lyrics for fifty-three years. I’ve looked up the NBA All-Time Scoring record, and figured out how many points LeBron needs to average per year in order to jump Karl Malone, then Kareem Abdul-Jabbar. Answer?: Hard to tell, seeing as another freaking pandemic might occur, thus stunting another season. Facebook, Twitter, Instagram. A little time working on, and cursing, the Sunday New York Times crossword puzzle. I think about shaving. I think about making some kind of playing marble chute like I saw a guy do on the YouTube. I look at spare change in my piggy bank, checking for silver dimes because right before this pandemic I got five silver dimes—all in the same week. I look at the price of silver and notice it’s plummeting, too, like the stock market. I think about how I probably won’t be able to retire when I thought I could.

Next thing you know? It’s nine in the morning.

I went out, maybe ten days ago, to clean my Jeep. I found two books by Charles Portis, one by Christine Sneed, a slew of literary journals. In the back area I have three jugs of cat litter and two large bags of dog food, a fifty-pound bag of sunflower seeds. I found unopened packs of cigarettes that slid out of their carton to live underneath the driver’s seat. I found a sleeve of mini-bottles I bought as a joke, to send to someone and say, “These are good if you want to pretend you’re on a jet, flying far, far away.” I thought to myself, “This would be a great time to quit drinking and smoking.”

Not that I was ever the greatest philosophy major, but for some reason, maybe hourly, I think of the end of the Tractatus Logico-Philosophicus, by Ludwig Wittgenstein. It ends with something like, “What we cannot speak about, we must pass over in silence.” There have been different translations, but that’s the gist of it.

My favorite holiday is April Fool’s Day. So thanks for screwing that up, Covid-19.

George Singleton has published eight collections of stories, two novels, and a book of writing advice. Over 200 of his stories have appeared in magazines such as the Atlantic Monthly, Harper's, Playboy, the Georgia Review, the Southern Review, the Cincinnati Review, and elsewhere. He is the recipient of a Pushcart Prize, a Guggenheim fellowship, the Hillsdale Award from the Fellowship of Southern Writers, and the Corrington Award for Literary Excellence. He lives in Spartanburg, SC where he holds the John C. Cobb Chair in Humanities at Wofford College.