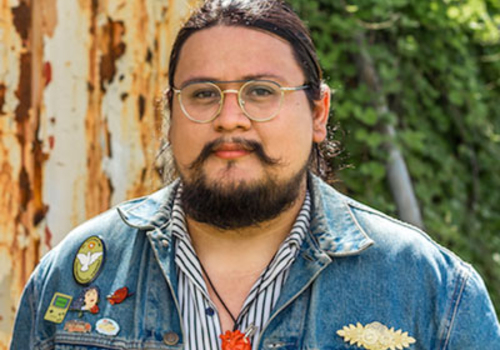 El Rey of Gold Teeth explores living in America as a first-generation American of Salvadoran and Mexican descent and processing the many histories, conflicting and mutual, that can exist simultaneously by asking "What does it mean to be an answer without a question?" Whether it be an astronaut, a tennis player, drag queens, family members, alternate versions of the self, or even turtles, this poetry collection embodies the many marginalized voices demanding to be remembered in a nation that requires erasure of histories. Colonizing languages and forms subverted, histories rerouted, and the mundane made extraordinary, the poems in El Rey of Gold Teeth break open notions of destiny, in humorous and devastating ways, to reimagine the past and present for a new future where lack is abundance, where there will be many answers to every question.

"I can't express how excited I am for my debut collection of poetry to join an impressive catalogue with the likes of Ashley M. Jones, Esteban Rodríguez, Marlanda Dekine, and more!" Ramirez says. "I was drawn to Hub City Press as an independent publisher that centers poets and writers of the American South; as a Houstonian son of immigrants born and raised in the Gulf Coast, I'm extremely honored for my work to contribute to the literary identity of a storied region whose monumental letters by its marginalized writers are often excluded from the mainstream American publishing industry. I don't take being a citizen of Hustletown lightly!"