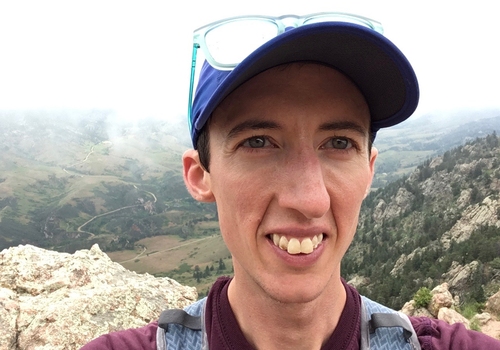 Hub City Press is proud to announce it will publish Lucien Darjeun Meadows’s debut poetry collection In the Hands of the River.

In the Hands of the River focuses on southern place and community through lyric poetry that explores the influences of generations of coal mining, working-class status, passing white, and Indigenous erasure, alongside a parent’s addiction, emergent queer identity, and shared experiences of mental crisis in rural West Virginia. These poems return, again and again, toward survivance and voice through land, language (working across Cherokee and English), and the river. Some poems have been published by Ecotone, Narrative, Pleiades, Prairie Schooner, Shenandoah, and both Appalachian Heritage and Appalachian Journal.

Lucien Darjeun Meadows is an English, German, and Cherokee writer born and raised in the Appalachian Mountains. An AWP Intro Journals Project winner, Lucien has received fellowships and awards from the Academy of American Poets, American Alliance of Museums, Bread Loaf Conferences, Colorado Creative Industries, National Association for Interpretation, and University of Denver, where he is working toward his PhD. Lucien currently teaches at the University of Denver, serves as the Prose Editor for Denver Quarterly and Poetry Editor for The Hopper, and lives in Northern Colorado.

Lucien writes, "I am thrilled to be joining the Hub City Press community with this manuscript, and I'm particularly energized by the press's commitment to highlighting emerging and diverse writers with connections to the American South. I love Hub City Press's emphasis on curating a catalog of works that show deep connection with place. I'm so grateful for the opportunity to stand alongside your other writers in this important work."

This collection will be published in Fall of 2022.