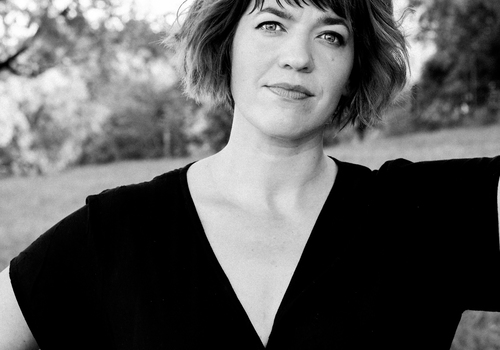 Hub City Press is proud to announce it will publish Ashleigh Bell Pedersen’s debut novel The Crocodile Bride. Set in swampy Louisiana in the summer of 1982, The Crocodile Bride follows eleven-year-old Sunshine Turner and her troubled father Billy, as the secrets of their family’s past swirl around their yellow house in the little town of Fingertip.

This novel will be published in spring of 2022 in the Cold Mountain Fund Series, in partnership with Charles Frazier.

During a hot, Louisiana summer of June moods, grubworms, and dark storms, eleven-year-old Sunshine Turner discovers the stones in her chest – and learns the dangers her coming-of-age will bring about in the yellow house. As the summer seeps out, Sunshine’s Aunt Lou, Billy’s sister, begins to suspect the secrets held in the house at the end of the red dirt track of Only Road, Fingertip (population: 62) and must confront her own past to make sense of this uneasy present. The Crocodile Bride is a lyrical, haunting and heartbreakingly tender tale about a family torn apart by generations of trauma, and bound by the handed-down fable of the eponymous crocodile bride – who lives on the Bayou and has healing hands.

Ashleigh Bell Pedersen’s fiction has been featured in New Stories from the South, The Kenyon Review, The Iowa Review, Design Observer, The Silent History, A Strange Object, and the New York Public Library’s Library Simplified app. Her story “Small and Heavy World” was a finalist for both Best American Short Stories and a Pushcart Prize, and her story "Crocodile" won The Masters Review 2020 Flash Fiction Contest. She holds an MFA in Creative Writing from the University of Pittsburgh, where she was the recipient of a teaching fellowship and Turow-Kinder Award. She currently resides in Austin, Texas where she writes, acts in theater and film, and attempts to teach her dog, Ernie, proper leash manners.