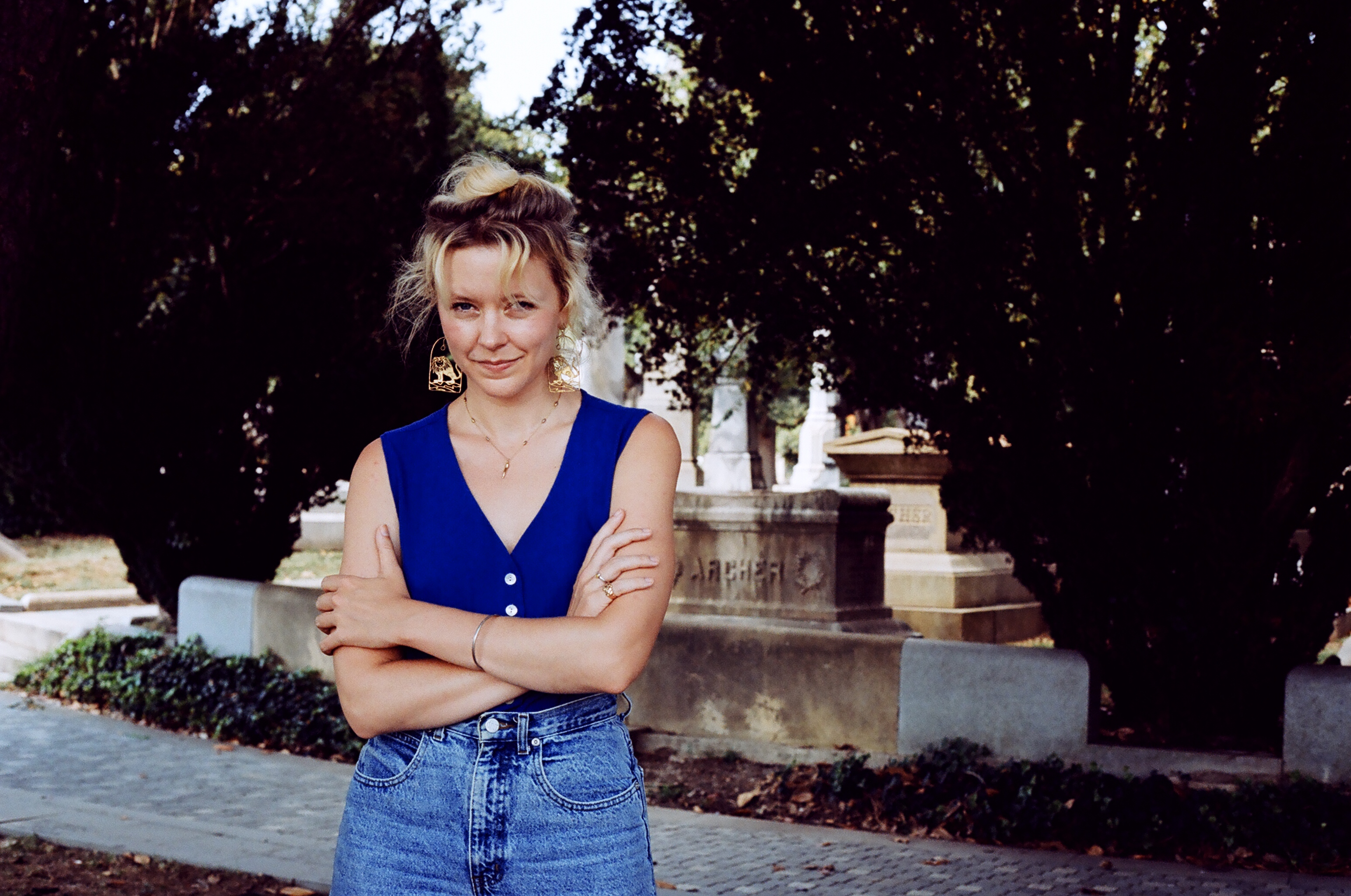 Hub City Writers Project is pleased to announce that Ashleigh Bryant Phillips of Woodland, North Carolina, has won the 2019 C. Michael Curtis Short Story Book Prize for her collection, Sleepovers. The Curtis Prize is awarded to an emerging Southern writer, and Phillips will receive $10,000 and publication by Hub City Press of her short story collection.

Ashleigh Bryant Phillips grew up (and still lives) in Woodland, North Carolina, a town with no stop light. She earned an MFA from the University of North Carolina, Wilmington where she was a Byington fellow. Her stories have been published in The Nervous Breakdown, Hobart, and others. They've also been nominated for Best of the Net, awarded Best Small Fictions 2019, and taught in creative writing classrooms.

Phillips’s collection was chosen by judge Lauren Groff, who is the New York Times bestselling author of three novels, The Monsters of Templeton, Arcadia, and Fates and Furies, and the celebrated short story collections Delicate Edible Birds and Florida. Her work has appeared in journals including the New Yorker, the Atlantic Monthly, Harper’s, Tin House, One Story, and Ploughshares, and in the anthologies 100 Years of the Best American Short Stories, The Pushcart Prize: Best of the Small Presses, PEN/O. Henry Prize Stories, and five editions of the Best American Short Stories.

About Phillips’s collection, Groff said, “Ashleigh’s prose often holds an incantatory crispness that, while I read along, lulled me into forgetting that I was reading. These stories derive their power from an almost unbearable dramatic irony and an equally deep hunger for human connection and compassion. Most of all, however, I responded to a palpable sense of fearlessness. I see in this collection a steely writer, one deeply moved by her place and her people, but also fully committed to the truth no matter how dark or difficult or complicated it may be.”

The runner up is Aracelis González Asendorf for her collection The Last Lock. Other finalists were Charles Booth for Forgotten Battles of the Civil War, Stephen Hundley for The Aliens Will Come to Georgia First, and Jonathan Wei for The Reason Things Don't Work Out.

The prize is named in honor of C. Michael Curtis, who has served as an editor of The Atlantic since 1963 and as fiction editor since 1982. Curtis has discovered or edited some of the finest short story writers of the modern era, including Tobias Wolff, Joyce Carol Oates, John Updike, and Anne Beattie. He has edited several acclaimed anthologies, including Contemporary New England Stories, God: Stories, and Faith: Stories. Curtis moved to Spartanburg, South Carolina in 2006 and has taught as a professor at both Wofford and Converse Colleges, in addition to serving on the editorial board of Hub City Press.