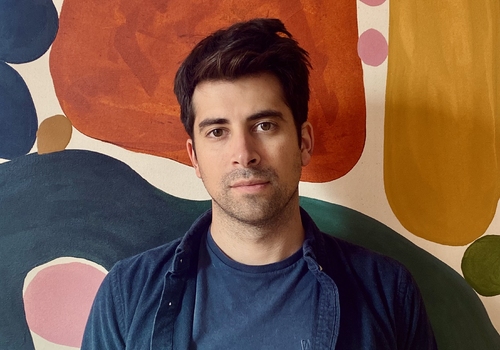 Hub City Press is pleased to announce that Scott Gloden has won the 2022 C. Michael Curtis Short Story Book Prize for his collection, The Birds of Basra. The Curtis Prize is awarded to an emerging Southern writer, and Gloden will receive $5000 and publication by Hub City Press of his short story collection in 2023. The previous winners of the prize are Emily W. Pease for Let Me Out Here in 2018,  Ashleigh Bryant Phillips for Sleepovers in 2019, and Andrew Siegrist for We Imagined It Was Rain in 2020. Winners have been featured in The New Yorker, Poets & Writers, The Paris Review, and the Kenyon Review, among other outlets.

Scott Gloden was born in Cleveland but claims Memphis and New Orleans as homelands. His stories have won awards from American Short Fiction, Glimmer Train, The Masters Review, and runner-up honors in the Chicago Tribune’s Nelson Algren Awards; others appear in StoryQuarterly and Southern Humanities Review. He holds a Master’s in Public Policy from Carnegie Mellon and works on homeless and housing initiatives.

Gloden's collection was chosen by judge Kevin Wilson, who is the author of two collections, Tunneling to the Center of the Earth, which received an Alex Award from the American Library Association and the Shirley Jackson Award, and Baby You’re Gonna Be Mine, and three novels, The Family Fang, Perfect Little World, and Nothing to See Here. His fiction has appeared in Ploughshares, Tin House, One Story, A Public Space, and elsewhere, and has appeared in four volumes of the New Stories from the South: The Year’s Best anthology as well as The PEN/O. Henry Prize Stories 2012. He has received fellowships from the MacDowell Colony, Yaddo, Rivendell, and the KHN Center for the Arts. He lives in Sewanee, Tennessee, with his wife, the poet Leigh Anne Couch, and his sons, Griff and Patch, where he is an Associate Professor in the English Department at Sewanee: The University of the South.

About Gloden's collection, Wilson said, "Scott Gloden’s The Birds of Basra is an exceptional collection about loss, the grief that follows, and the stunned way that we seek to find a way forward in a world that feels radically different. Gloden explores these difficult subjects with such tenderness and complexity that he never strikes a false note, never repeats himself. This is an amazing book that introduces us to an exciting new voice."

The finalists for this year's prize were Mark D. Baumgartner for his collection Last of the Icemen, Rachel Ewing for Like Disaster, and Mike McClelland for What Used to Be Caracas.

The prize is named in honor of C. Michael Curtis, who has served as an editor of The Atlantic since 1963 and as fiction editor since 1982. Curtis has discovered or edited some of the finest short story writers of the modern era, including Tobias Wolff, Joyce Carol Oates, John Updike, and Anne Beattie. Curtis moved to Spartanburg, South Carolina in 2006 and has taught as a professor at both Wofford and Converse Colleges, in addition to serving on the editorial board of Hub City Press.

The prize will reopen for submissions in September 2023.