Join us at 6pm on Tuesday, June 21st for a reading and conversation with Brent Martin, author of George Masa's Wild Vision: A Japanese Immigrant Imagines Western North Carolina. We will celebrate this new Hub City Press release with a conversation between Brent and John Lane.

This event is free and open to all; register to let us know you're coming and to save your copy of the book below.

Masa's photographs from the 1920s and early 1930s are stunning windows into an era where railroads hauled out the remaining old-growth timber with impunity, new roads were blasted into hillsides, and an activist community emerged to fight for a new national park. Masa began photographing the nearby mountains and helping to map the Appalachian Trail, capturing this transition like no other photographer of his time. His images, along with his knowledge of the landscape, became a critical piece of the argument for the Great Smoky Mountains National Park, compelling John D. Rockefeller to donate $5 million for initial land purchases. Despite being hailed as the “Ansel Adams of the Smokies,” Masa died destitute and unknown in 1933.

In George Masa’s Wild Vision: A Japanese Immigrant Imagines Western North Carolina, poet and environmental organizer Brent Martin explores the locations Masa visited, using first-person narratives to contrast, lament, and exalt the condition of the landscape the photographer so loved and worked to interpret and protect. The book includes seventy-five of Masa’s photographs, accompanied by Martin’s reflections on Masa’s life and work. 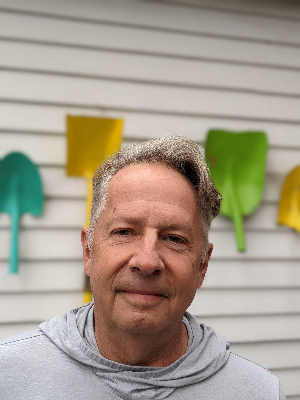 Brent Martin is the author of three chapbook collections of poetry and of The Changing Blue Ridge Mountains: Essays on Journeys Past and Present. His poetry and essays have been published in the North Carolina Literary Review, Pisgah Review, Tar River Poetry, Chattahoochee Review, Eno Journal, New Southerner, Kudzu Literary Journal, Smoky Mountain News and elsewhere. He lives in the Cowee community in Western North Carolina, where he and his wife, Angela Faye Martin, run Alarka Institute.

John Lane is emeritus professor at Wofford College, where he taught creative writing, environmental studies, and directed the Goodall Environmental Studies Center. There he helped imagine and direct the Thinking Like a River Initiative. In the past decade Lane has been named one of seven regional Culture Pioneers by Blue Ridge Outdoors and he has been honored with the Water Conservationist Award from the South Carolina Wildlife Federation, the Clean Water Champion by South Carolina's Upstate Forever, and inducted in 2014 into the South Carolina Academy of Authors. One of the founders of the Hub City Writers Project, Lane lives near the banks of Lawson's Fork outside of Spartanburg, South Carolina.