In Conversation with Angeline Boulley and Eric Gansworth | Firekeeper's Daughter

We are so pleased to welcome young adult authors Angeline Boulley and Eric Gansworth for a virtual conversation on Monday, June 7th, at 7PM ET! We will be discussing Boulley's debut novel, Firekeeper's Daughter, which released in March and was an instant New York Times bestseller! Joining her in conversation will be award-winning author Eric Gansworth, whose most recent novel, Apple: Skin to the Core, was longlisted for the National Book Award for Young People's Literature. Join us on CrowdCast for this fun event with two wonderful authors!

With four starred reviews, Angeline Boulley's debut novel, Firekeeper's Daughter, is a groundbreaking YA thriller about a Native teen who must root out the corruption in her community, perfect for readers of Angie Thomas and Tommy Orange.

Eighteen-year-old Daunis Fontaine has never quite fit in, both in her hometown and on the nearby Ojibwe reservation. She dreams of a fresh start at college, but when family tragedy strikes, Daunis puts her future on hold to look after her fragile mother. The only bright spot is meeting Jamie, the charming new recruit on her brother Levi’s hockey team.

Yet even as Daunis falls for Jamie, she senses the dashing hockey star is hiding something. Everything comes to light when Daunis witnesses a shocking murder, thrusting her into an FBI investigation of a lethal new drug.

Reluctantly, Daunis agrees to go undercover, drawing on her knowledge of chemistry and Ojibwe traditional medicine to track down the source. But the search for truth is more complicated than Daunis imagined, exposing secrets and old scars. At the same time, she grows concerned with an investigation that seems more focused on punishing the offenders than protecting the victims.

Now, as the deceptions—and deaths—keep growing, Daunis must learn what it means to be a strong Anishinaabe kwe (Ojibwe woman) and how far she’ll go for her community, even if it tears apart the only world she’s ever known.

"Intricate and moving. Boulley takes the reader on an incredible journey with the assurance of a veteran novelist." —Tochi Onyebuchi, award-winning author of Beasts Made of Night and Riot Baby

Angeline Boulley, an enrolled member of the Sault Ste. Marie Tribe of Chippewa Indians, is a storyteller who writes about her Ojibwe community in Michigan's Upper Peninsula. She is a former Director of the Office of Indian Education at the U.S. Department of Education. Angeline lives in southwest Michigan, but her home will always be on Sugar Island. Firekeeper's Daughter is her debut novel. 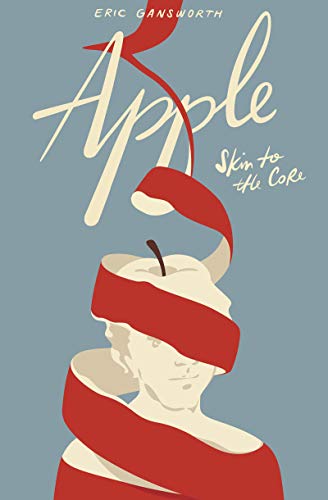 Eric Gansworth, Sˑha-weñ na-saeˀ, is an enrolled Onondaga writer and visual artist, raised at the Tuscarora Nation. His award-winning books include If I Ever Get Out of Here, Give Me Some Truth, and Extra Indians. He is a Professor and Lowery Writer-in-Residence at Canisius College. He is a Whippoorwill Award winner.