A. J. Gnuse in Virtual Conversation with Leah Hampton | Girl in the Walls

Join us for a virtual conversation with A. J. Gnuse and Leah Hampton on Thursday, May 20th, at 7PM! A. J. Gnuse's debut novel, Girl in the Walls, is a haunting and suspenseful story about grief, home, and what it means to belong. Gnuse will be in conversation with award-winning author Leah Hampton, whose debut collection, F*ckface, came out in 2020: a brassy, bighearted collection of twelve short stories about rurality, corpses, honeybee collapse, and illicit sex in post-coal Appalachia. We are so excited for these two authors to join us in conversation--tune in on CrowdCast!

Girl in the Walls

A mesmerizing and suspenseful coming-of-age novel about an orphan hiding within the walls of her former family home—and about what it means to be truly seen after becoming lost in life.

Eventually, every hidden thing is found.

Elise knows every inch of the house. She knows which boards will creak. She knows where the gaps are in the walls. She knows which parts can take her in, hide her away. It’s home, after all. The home her parents made for her, before they were taken from her in a car crash. And home is where you stay, no matter what.

Eddie is a teenager trying to forget about the girl he sometimes sees out of the corner of his eye. But when his hotheaded older brother senses her, too, they are faced with the question of how to get rid of someone they aren’t sure even exists. And as they try to cast her out, they unwittingly bring an unexpected and far more real threat to their doorstep.

Written with grace and enormous heart, Girl in the Walls is a novel about carrying on through grief, forging unconventional friendships, and realizing, little by little, that we don’t need to fear what we do not understand.

“Tense and terrifying, with echoes of Shirley Jackson, Girl in the Walls is a spectacular debut. An elegant meditation on grief, love, and family, this truly extraordinary novel is a page-turner with deeply imagined characters, and A. J. Gnuse’s prose is as sharp and precise and muscular as any I’ve seen." -- Elizabeth Wetmore, author of Valentine

A native of New Orleans, A. J. Gnuse received an MFA in fiction from UNC Wilmington and was a Kenyon Review Peter Taylor Fellow. His short stories have been published in Gulf Coast, Guernica, the Los Angeles Review, Passages North, Potomac Review, and other magazines. Girl in the Walls is his first novel. He lives in Texas. 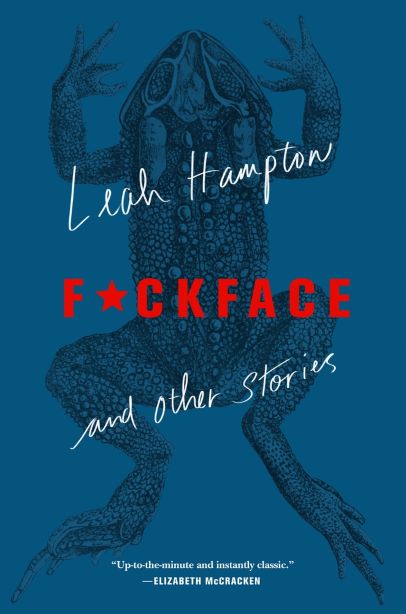 Leah Hampton writes about Appalachia, corpses, ecoanxiety, and smart women. Her debut collection, F*ckface and Other Stories, was released by Henry Holt and was named one of the best books of 2020 by The Paris Review, the New York Public Library, Slate, and others. A graduate of the Michener Center for Writers, she has been awarded multiple prizes and fellowships including UT-Austin’s Keene Prize for Literature and the Phillip Roth residency at the Stadler Center for Poetry. Her work has appeared in Ecotone, Guernica, McSweeneys, Electric Literature, storySouth, LitHub, and many other elsewheres. She lives in the Blue Ridge Mountains near the Great Smoky Mountains National Park.