Join us on January 21st at 7PM for a virtual conversation with Charles Dodd White and Karen Salyer McElmurray! White's newest novel, How Fire Runs, is a SIBA Fall 2020 Okra Pick, and McElmurray is the award-winning author of Wanting Radiance.

A chilling, timely reminder of the moral and human costs of racial hatred.

What happens when a delusional white supremacist and his army of followers decide to create a racially pure “Little Europe” within a rural Tennessee community? As the town’s residents grapple with their new reality, minor skirmishes escalate and dirty politics, scandals, and a cataclysmic chain of violence follows. In this uncanny reflection of our time, award-winning novelist Charles Dodd White asks whether Americans can save themselves from their worst impulses and considers the consequences when this salvation comes too late.

"With artfully complex characters…White’s work captures the rhythms of rural life as they begin to beat faster in the face of calamity."--Booklist

“How Fire Runs is at once elemental and blisteringly contemporary—a story rooted in our past, yet crackling amid the fires of the American present. Charles Dodd White writes with the steady hand of a master, confronting complicated truths and emotions with clear eyes and grace, giving us a constellation of characters grappling over the identity of their town… and America itself. This is a brave and important novel from one of our best.”—Taylor Brown, author of Pride of Eden

Charles Dodd White is the author of four novels, including two from Swallow Press: How Fire Runs and In the House of Wilderness. He has received the Appalachian Book of the Year Award and the Chaffin Award for his fiction. He lives in Knoxville, Tennessee, where he is an associate professor of English at Pellissippi State Community College. 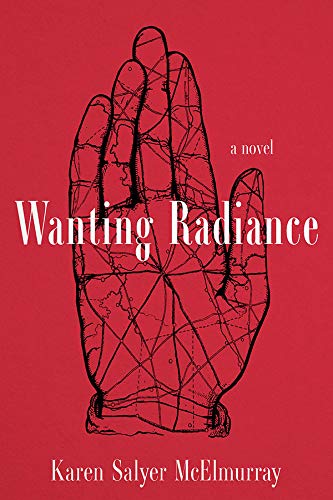 Karen Salyer McElmurray won an AWP Award for creative nonfiction for her book Surrendered Child: A Birth Mother's Journey and the Orison Award for creative nonfiction for her essay "Blue Glass." She has had other essays recognized as "Notable Essays" in Best American Essays, while her essays "Speaking Freely" and "Attics" were nominated for Pushcart Awards. She currently teaches at Gettysburg College and in West Virginia Wesleyan's Low-Residency MFA program.