An Evening with David Lynn | Children of God

Join us at the bookshop on Tuesday, October 22nd for a discussion with former Kenyon Review editor David Lynn!

David Lynn recently resigned after 15 years as the editor of the Kenyon Review, an international journal of literature, culture and the arts.His latest collection, Children of God: New & Selected Stories, has been published in 2019 by Braddock Avenue Books. An earlier volume, Year of Fire, was published in 2006 by Harcourt.

“The stories of this collection occupy the gray borderland where betrayal mixes with trust, violence with affection, humiliation with lust. The effect is quietly haunting.” - Publishers Weekly

"[Lynn] feels his way toward tentative, glancing resolutions that avoid glib epiphanies and leave his characters, like the professor in ‘Life Sentences,’ ‘numb and sad and lonely . . . a still center as the emotional chaos of these people swirled about him, destroying so much." - New York Times 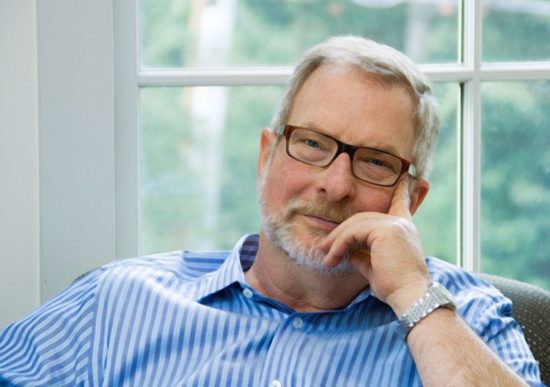 David Lynn is the author of the novel Wrestling with Gabriel, an earlier collection of stories, Fortune Telling, and The Hero’s Tale: Narrators in the Early Modern Novel, a critical study. His stories and essays have appeared in magazines and journals in America, England, India, and Australia. Other awards include the Glimmer Train Short Story Prize 2015, the Frank O’Connor International Short Story Award Finalist, and the Ohioana Library Association Award for Editorial Excellence.

David Lynn lives in Gambier, Ohio with his wife, Wendy Singer, a distinguished historian of India. He is also Professor of English at Kenyon College.