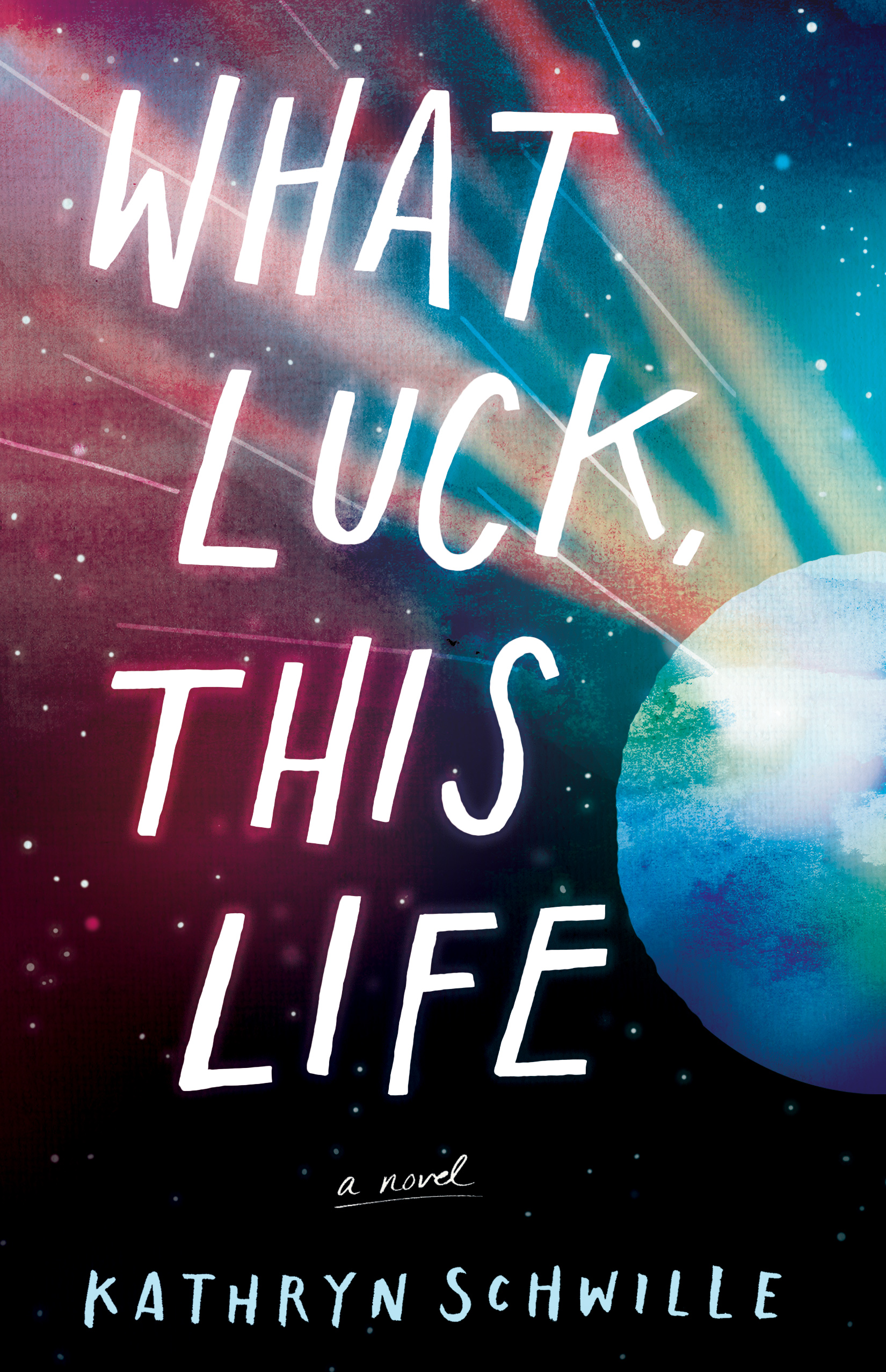 What Luck, This Life

The Columbia space shuttle and its contents rain down on the people of Kiser, Texas, in Kathryn Schwille’s imaginative debut novel that opens six weeks before the invasion of Iraq. Read More

The Space Shuttle Columbia and its contents rain down on the people of Kiser, Texas, in Kathryn Schwille’s imaginative debut novel that opens six weeks before the invasion of Iraq.

What Luck, This Life begins in the aftermath of the 2003 space shuttle disaster, as the townspeople watch their pastures swarm with searchers, and reporters bluster at their doors. A shop owner defends herself against a sexual predator who is pushed to new boldness after he is disinvited to his family reunion. A closeted father facing a divorce that will leave his gifted boy adrift retrieves an astronaut’s remains. An engineer who dreams of orbiting earth joins a search for debris and instead uncovers an old neighbor’s buried longing.

In a chorus of voices spanning places and years, What Luck, This Life explores the Columbia disaster’s surprising fallout for a town beset by the tensions of class, race, and missed opportunity. Evoking Sherwood Anderson’s classic Winesburg, Ohio and Elizabeth Strout’s Olive Kitteridge, the novel’s unforgettable characters struggle with family upheaval and mortality’s grip and a luminous book emerges—filled with heartache, beauty and warmth.

Praise for What Luck, This Life

"Kathryn Schwille’s sensibility is reminiscent of Ron Rash, a sort of lyric grittiness, and her keen alertness to human strength and foible brings to mind the late Doris Betts. What Luck, This Life is nothing short of magnificent." —Charlotte Observer

"Schwille’s prose is vibrant. Among the wreckage, she paints an exuberant natural landscape. Each word of this slim novel is impactful. Despite the characters’ grim undertaking, the world Schwille envisions is one no reader will ever want to leave. In the end, when the sky falls over Kiser, it reminds its inhabitants about their own mortality, that death is one of life’s greatest mysteries and that it can be as fickle and unpredictable as a mechanical malfunction." —Anjali Enjeti for the Atlanta Journal Constitution

"A scream comes across the sky, and there's nothing to compare to it in Schwille's quietly contemplative and affecting first novel...a modern-day Winesburg, Ohio." —Kirkus Reviews

“A century after the publication of Winesburg, Ohio, Kathryn Schwille has created a similarly unexpected, and unexpectedly moving, portrait of a small town: this one in East Texas, in the wake of a tragedy. Her characters speak from the heart; their troubles and small triumphs speak to all of us.” —Andrea Barrett, author of Ship Fever and Archangel

"Kaleidoscopic and incredibly moving, What Luck, This Life is the story of a hardscrabble town and the people who call it home. This is a book full of heart and wisdom." —Thomas Pierce, author of The Afterlives

"What Luck, This Life is an astonishing work of literary talent, surprising at every turn. The novel takes the catastrophe of a space shuttle blowing its fragments across the uninspired landscape of an East Texas town and in the search for remains uncovers a second set of catastrophes and secrets in the lives of the people on the ground. The characters are wild and desperate, but they are also us. For we are all cast out, looking for a return. From the tattered remains of disaster, Schwille creates a glimmering constellation of humanity, a flash of heavenly light. Just thinking about this book makes me feel more alive." —Elaine Neil Orr, author of Swimming Between Worlds

"With this novel, Schwille has given us a landscape of longings, passions, and heartaches so real and deep we can almost walk around in it. The pieces of the Columbia fall on and bring into relief the whole rich array of lives and dramas that exist in Kiser, Texas—every one of them rendered with remarkable feeling. The result is a powerful portrait of Kiser and of the human condition." —Clare Beams, author of We Show What We Have Learned

"Fans of Thomas Pierce and Amy Hill Hearth will appreciate Schwille’s spare, poetic prose and her willingness to examine both the picturesque and the unsavory sides of small-town life. A deeply thought-provoking novel." —Booklist 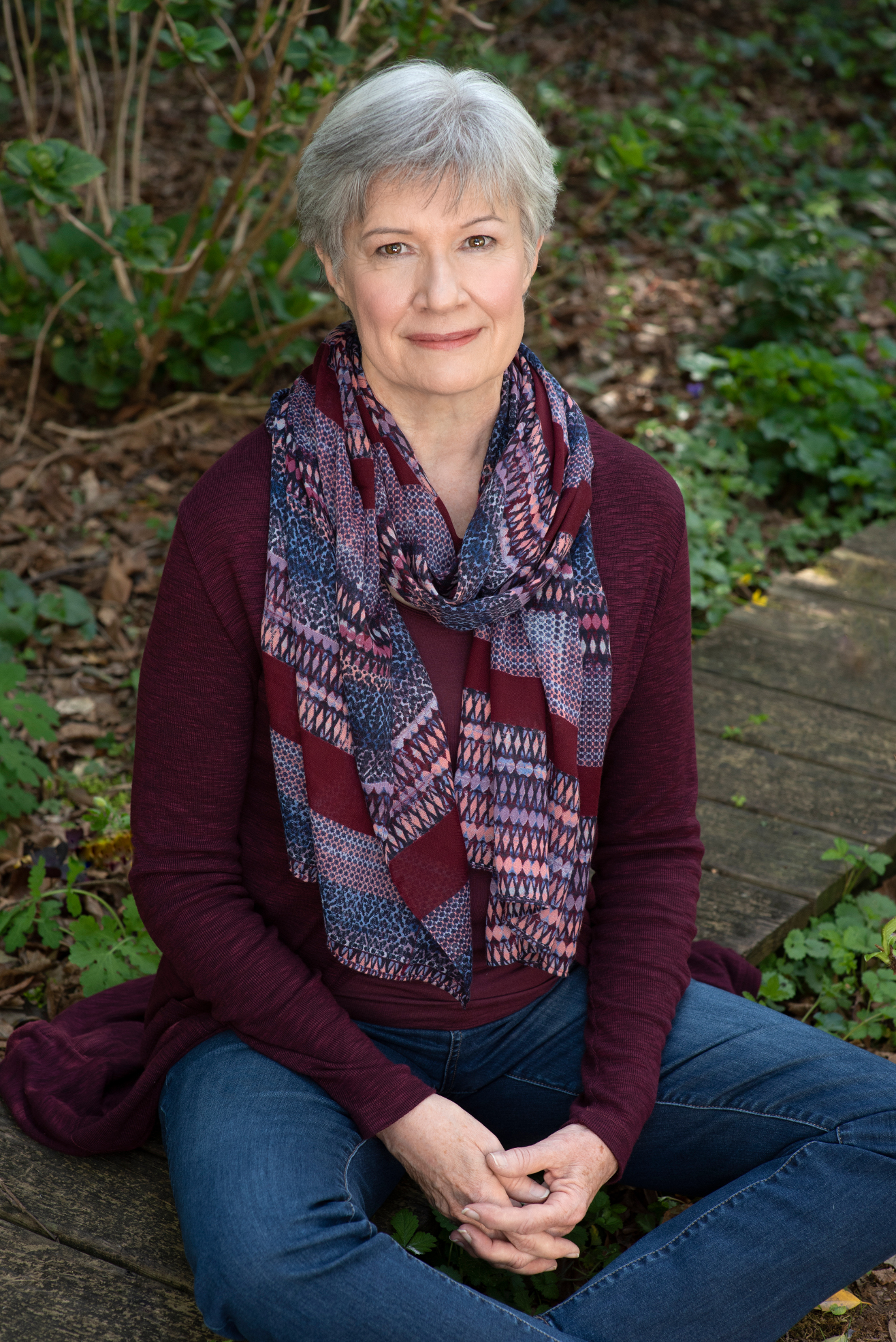 Kathryn Schwille is the author of What Luck, This Life from Hub City Press. Her fiction has appeared in New Letters, Memorious, Crazyhorse, West Branch, Sycamore Review and other literary journals. Her stories have twice received Special Mention in the Pushcart Prize anthology. She was an award-winning newspaper reporter before moving to North Carolina to become an editor at the Charlotte Observer. A graduate of the MFA Program for Writers at Warren Wilson College, she lives with her husband in Charlotte, NC.