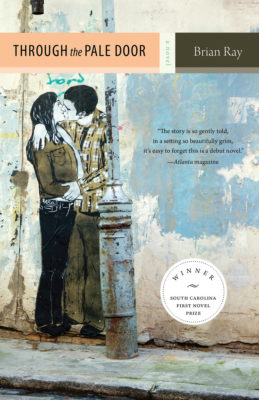 Through the Pale Door

Brian Ray's novel about a young woman's summer in a steel mill received an IPPY Award as the best novel in the Southeast by an independent publisher in 2009. Read More

Sarah West takes a temporary job at her father's South Carolina steel mill the summer before college, hoping for relief from the chaos of her psychotic and often institutionalized mother. But from the first day of June to the waning days of August, relief is the last thing Sarah finds. Soon after moving into her separated father's house—more like an industrial museum than a home—tragic news about her mother arrives.

The haunting funeral coincides with Sarah's first love affair with a fellow mill worker, a teen-aged vigilante muralist named Edgewood who lives in an abandoned jail on the outskirts of town. Sarah and Edgewood share artistic gifts, but both hesitate at the door between adolescence and adulthood. While Edgewood struggles to develop confidence in his work, Sarah finds her own artistic endeavors haunted by grim yet compelling memories of growing up under the rule of an inexplicably deranged artist on one side and an oddly aloof, workaholic entrepreneur on the other.

Confronted with danger and death at the mill, mortality confronts Sarah and Edgewood from every angle and buries deep in their artwork. As their relationship deepens, Edgewood helps Sarah overcome the loss of her mother. In the end, however, Sarah will face a greater challenge: domesticating her own emerging inner demons while tending to her first lover's uncertainty in himself.

Through the Pale Door is the winner of the inaugural South Carolina First Novel Competition, sponsored by the S.C. Arts Commission, the S.C. State Library, the Humanities Council SC and the Hub City Writers Project.

"Brian Ray has that rare ability to render the tragic as darkly comic and absurd while not in any way diminishing its devastating impact or its poignancy. He portrays his eccentric characters with delicacy and compassion. His is a startling new voice that is both laconic and lyrical, always quirky, and absolutely original." —Janette Turner Hospital, Carolina Distinguished Professor of English at the University of South Carolina and author of Orpheus Lost

"This is a wonderfully powerful novel. I found myself not only wanting to go where the narrator was taking me, but also wanting merely to hear her speaking." —Percival Everett, author of Erasure and The Water Cure

"Brian Ray's novel casts Didion's wide-eyed reportage on the 'new' New South and scores with a novel about class, love, and life." —Daniel Buckman, author of Because the Rain

"Such flight of imagination! Such a fine ear for comic dialogue! Brian Ray tells a story of a young girl living in a blue collar steel mill town who discovers herself through a love of art, despite her highly eccentric mother. This book is written in the vein of John Kennedy Toole's A Confederacy of Dunces. You will laugh out loud at these characters, and you will be moved by the grit and intelligence of this narrator. A stunning first novel." —Elizabeth Cox, author of The Slow Moon 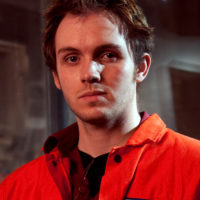