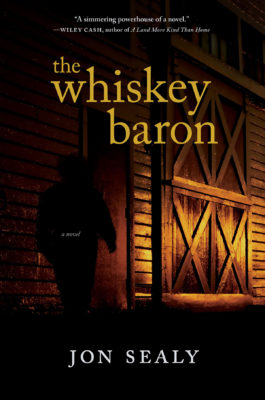 South Carolina, 1932: One man’s whiskey empire is on the verge of collapse following two shots from a 12-gauge. The Whiskey Baron is a gripping drama about family ties and bad choices, about the folly of power and the limitations of the law. Read More

Late one night at the end of a scorching summer, a phone call rouses Sheriff Furman Chambers out of bed. Two men have been shot dead on Highway 9 in front of the Hillside Inn, a one-time boardinghouse that is now just a front for Larthan Tull’s liquor business. When Sheriff Chambers arrives to investigate, witnesses say a man named Mary Jane Hopewell walked into the tavern, dragged two of Tull’s runners into the street, and laid them out with a shotgun. Sheriff Chambers’s investigation leads him into the Bell village, where Mary Jane’s family lives a quiet, hardscrabble life of working in the cotton mill. While the weary sheriff digs into the mystery and confronts the county’s underground liquor operation, the whiskey baron himself is looking for vengeance. Mary Jane has gotten in the way of his business, and you don’t do that to Larthan Tull and get away with it.

Hailed as a “grand new talent” (Bret Lott) and a “significant new voice in Southern fiction” (Ron Rash), Jon Sealy has written a haunting debut novel. With its unforgettable characters and evocative setting, The Whiskey Baron is a gripping drama about family ties and bad choices, about the folly of power and the limitations of the law.

More Praise for The Whiskey Baron

"A potent mashup of noir, Southern fiction and period novel, set in South Carolina during Prohibition ... A near flawless effort from a writer to watch." —Kirkus, starred review

"Sealy's gritty, superbly crafted novel, The Whiskey Baron, hooked me from the opening paragraph ... I hated like hell for it to end." —Donald Ray Pollock

"What you’d get if Cormac McCarthy and William Faulkner co-wrote the HBO series 'Boardwalk Empire' while on an especially inspired, existentially tinged bender." —Richmond Times Dispatch

"An assured work of literary suspense ... Sealy's finely drawn characters and evocative sense of place and time make this a memorable read, on par with the best of Daniel Woodrell and Ron Rash." —Library Journal

"A stellar debut novel .... Sealy brings smoldering suspense to the yard, and I was reminded of Tom Franklin, Ron Rash and Wiley Cash. Perfect for fans of Southern fiction." —Book Riot

"(An) atmospheric and top-of-the-line debut novel ... Sealy’s impressive country noir, which follows in the tradition of such leading practitioners as Daniel Woodrell and Donald Ray Pollock, serves notice of a promising new voice." —Publishers Weekly

“A stunner of a first novel with roots that run deep in the countryside and textile culture of the Carolinas Piedmont … Insightful and beautifully crafted.” —Raleigh News & Observer

“The Whiskey Baron is an exciting, page-turner of a story, but it’s also far more. Sealy’s voice is precise throughout, as are his insights of human nature. The history of this unique time period in South Carolina’s mill history is explored with a keen eye and ear.” —Pank

"This book transcends the notion of its being a Southern novel. It's an American novel, and Mr. Sealy a grand new talent we'll hear much from, I am certain." —Bret Lott

“The search for a murderer in a small South Carolina town ignites this strong debut novel, but The Whiskey Baron is more than a literary thriller. There’s plenty of action as well as well-drawn characters.” —Foreword Reviews

“A simmering powerhouse of a novel.” —Wiley Cash

"The Whiskey Baron is a novel that offers the pleasures of both mystery novel and literary fiction. This impressive debut establishes Jon Sealy as a significant new voice in Southern fiction." —Ron Rash

"Jon Sealy has written a lyrical page-turner. The Whiskey Baron is a captivating, beautifully-written novel. Who can resist a man named Mary Jane involved in illicit liquor sales? I foresee the beginning of a long, successful career." —George Singleton

"The Whiskey Baron finds Sealy renewing some of Southern Literature’s finest traditions while conceiving a unique and well-researched story of an era and place not much covered in the ranks of the genre he so rightfully has joined." —Necessary Fiction 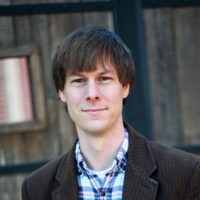 Jon Sealy’s fiction has appeared in The Sun, The Normal School, and PANK, among other places. A native of upstate South Carolina, he currently lives in Richmond, Virginia. This is his first novel.