In this “brutally fresh kind of homecoming novel,” (Entertainment Weekly) Brian Jackson returns to his small Appalachian hometown and the family who rejected him. Carter Sickels’s stunning literary achievement “deserves a place in the canon of AIDS literature alongside the likes of Larry Kramer and Rebecca Makkai” (Los Angeles Review of Books). Read More

In this “brutally fresh kind of homecoming novel,” (Entertainment Weekly) Brian Jackson returns to his small Appalachian hometown and the family who rejected him. Carter Sickels’s stunning literary achievement “deserves a place in the canon of AIDS literature alongside the likes of Larry Kramer and Rebecca Makkai” (Los Angeles Review of Books).

The story of Brian’s return to small-town Ohio is told in a chorus of voices: Brian’s mother Sharon; his fourteen-year-old sister, Jess, as she grapples with her brother’s mysterious return; and the video diaries Brian makes to document his final summer. Written in prose that seeks “to answer without flinching away from ugliness and without demonizing the ignorant” (Salon), The Prettiest Star offers an urgent portrait of a family in the center of a national crisis, in order to tell a unique story about the politics and fragility of the body, and to explore the bounds of family and redemption.

This edition includes special paperback extras: an essay by Carter Sickels; a conversation between Carter and Emma Copley Eisenberg; an essay by Zach Shultz; discussion questions for reading groups.

Winner of the Southern Book Prize

Winner of the Ohioana Book Award

Winner of the Weatherford Award

A Kirkus Reviews Best Book of 2020

Praise for The Prettiest Star

"A brutally fresh kind of homecoming novel, The Prettiest Star weaves between resentment and redemption in its unvarnished portrait of ignorance and cruelty."—Entertainment Weekly

"This novel deserves a place in the canon of AIDS literature alongside the likes of Larry Kramer." —Los Angeles Review of Books

"I’ll say it—this book broke me.There’s something for everyone in this novel. There’s Brian and his camcorder, of course, but there are also sections dedicated to his mother, Sharon, and his younger sister, Jess. Each offers a different perspective on what’s happening to Brian, not just to his body, but also to the community that surrounds them, the biases that come forward, the emotional connections some choose to make and others avoid."—The San Francisco Chronicle

"A sensitive, unashamed look at how much has and hasn’t changed since the beginning of the AIDS epidemic. While at times heartbreaking, the novel is infused with a deep, hopeful humanity. It shows how difficult is it to live in a world that sees one as different but it also reflects how it’s possible to wade through that sea of ignorance, as long as you have enough to keep you afloat."—Lambda Literary

"'Why does anyone go home?' is a question Brian asks his diary, and the novel seeks to answer without flinching away from ugliness and without demonizing the ignorant as they seek understanding or the weak as they try to find strength. 'You come back to be seen, to be accepted, and to be loved.' Sickels extends this generosity to Brian’s flawed family as well." —SALON

"Amid the sanctimony and intolerance, Sickels offers moments of compassion and goodness….The Prettiest Star pays homage to the victims of that horrible time and offers a measure of solace to the survivors." —Chapter 16

"Sickels’ novel is an evocative, if at times painful and frustrating, rendering of the beginning of the AIDS pandemic—a force that seems so large, and perhaps so distant for the younger contemporary reader, that it is easy to gloss over the human bodies who bore it and were felled by it." —The Harvard Crimson

"While the story is bleak, it moves along at a clip, offering some surprises and a couple of unlikely, brave heroes. The Prettiest Star is a sensitive portrayal of a difficult time in our recent history." —BookPage

"This tragic story of AIDS and violent homophobia stands out by showing the transcendent power of queer communities to make their voices endure through art."—Publishers Weekly

"As small-town news travels, Brian is vilified, accused of trying to spread AIDS, refused dentist and doctor visits, and shunned, and it tears apart his once close-knit family. The alternating narrators of Brian, Sharon, and Jess are fleshed out in all of their complexities and contradictions. This immersive, tragic book will stay with readers."—Booklist

"Amid the tragedy, threads of loyalty, strength, and pride result in a glimmer of hope—not for a happy ending, but for human beings’ capacity to love one another through the worst crises. Devastating and impactful, The Prettiest Star captures the profound effects of the AIDS crisis, and the lies and bigotry that contributed to it."—Foreword Reviews

"There’s real beauty to Sickels’ reclamation of queer Appalachia on the page. The political urgency of his fiction is enriched by the natural wonder and peace of the place to which he feels such connection." —Peter Kispert, Esquire

"From its opening sentences Carter Sickels’ The Prettiest Star makes it clear that too many queer narratives have been kept out of sight. Here a man returns to the town of his southern Ohio childhood at a point when his own day-to-day survival is at stake. Love doesn’t come in to save him, or the family and friends upended by his presence. 'Nothing transforms, there is no magic,' says one character, and while there’s darkness in those words, their down to earth candor does a lot to suggest why this novel feels so touching, affecting, rebellious, and real."—Paul Lisicky, author of Later

"Get ready for your heart to explode into an entire cosmos. Carter Sickels' The Prettiest Star is the story of a young man who must drag his body from the mouth of death back to the 'home' that nearly killed him. The story of a queer desiring body moving through the crucibles of life toward song, toward rewriting family and whatever we mean by home, toward a kind of hope that comes from the dirt up and not the sky down. A heart triumph." —Lidia Yuknavitch, author of The Book of Joan

"The Prettiest Star is a lyrical and compulsively readable novel about the intricate, tangled bonds of family and the way human beings can be both profoundly cruel and surprisingly wonderful. These characters are people we know, and they'll stay with me for a very long time. This deeply moving novel is much more than the story of one family dealing with the worst tragedy of their lives in a small Ohio town in 1986. It's the story of all of us—the story of America, then and now, how far we've come, and how far we still have to go." —Silas House, author of Southernmost

"With the most inviting prose imaginable, Carter Sickels has written a beautiful, heartstring-tugging story about a young man searching for peace, and the family that loves him through thick and thin. The Prettiest Star is a novel I'll never forget." —De'Shawn Charles Winslow, author of In West Mills 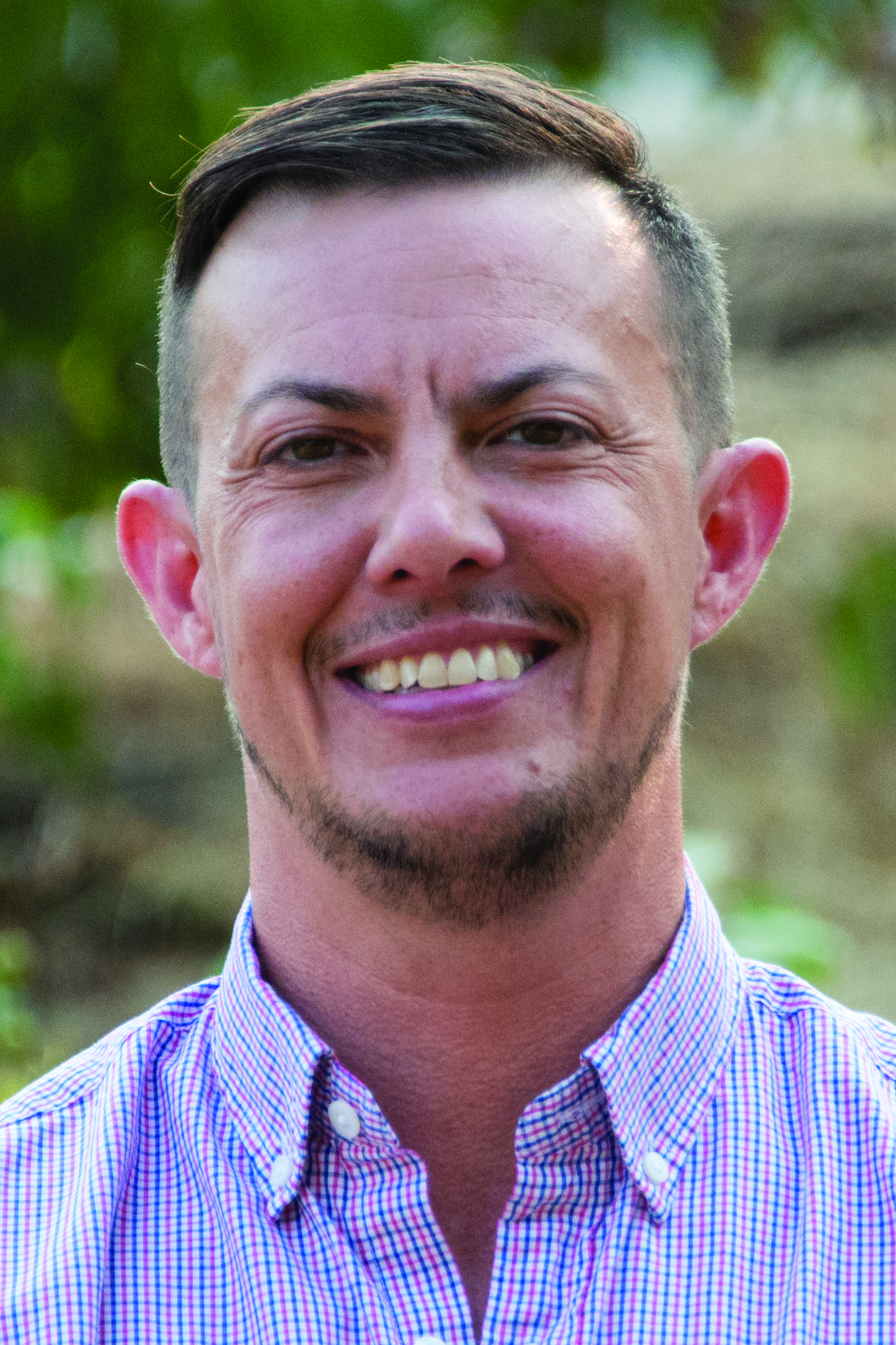 Carter Sickels is the author of the novel The Evening Hour. He is the recipient of the 2013 Lambda Literary Emerging Writer Award, and has been awarded scholarships to Bread Loaf Writers’ Conference, the Sewanee Writers’ Conference, VCCA, and the MacDowell Colony. His essays and fiction have appeared in various publications, including Guernica, Bellevue Literary Review, and BuzzFeed, and he is the editor of Untangling the Knot: Queer Voices on Marriage, Relationships & Identity. Carter is Assistant Professor of English at Eastern Kentucky University, where he teaches in the Bluegrass Writers Studio Low-Residency MFA program.