Spanning more than half a century and cities from New Delhi to Atlanta, Anjali Enjeti’s acclaimed debut is a heartfelt and human portrait of the long shadow of the Partition of India on the lives of three generations of women. Read More

A Georgia Center for the Book "Books All Georgians Should Read"

May Preview: Most Anticipated (This Month), The Millions

12 Must-Read Books for May, The Chicago Review

44 Books By Women of Color to Read in 2021, Electric Literature

27 Debuts to Look Forward to in the First Half of 2021, Electric Literature

Spanning more than half a century and cities from New Delhi to Atlanta, Anjali Enjeti’s debut is a heartfelt and human portrait of the long shadow of the Partition of the Indian subcontinent on the lives of three generations.

The story begins in August 1947. Unrest plagues the streets of New Delhi leading up to the birth of the Muslim majority nation of Pakistan, and the Hindu majority nation of India. Sixteen-year-old Deepa navigates the changing politics of her home, finding solace in messages of intricate origami from her secret boyfriend Amir. Soon Amir flees with his family to Pakistan and a tragedy forces Deepa to leave the subcontinent forever.

The story also begins nearly seven decades later and half a world away, in Atlanta. While grieving both a pregnancy loss and the implosion of her marriage, Deepa’s granddaughter Shan begins the search for her estranged grandmother, a prickly woman who had no interest in knowing her. When she begins to piece together her family history shattered by the Partition, Shan discovers how little she actually knows about her ancestors and what they endured.

For readers of Jess Walter’s Beautiful Ruins and Min Jin Lee’s Pachinko, The Parted Earth follows characters on their search for identity after loss uproots their lives. Above all, it is a novel about families weathering the lasting violence of separation, and how it can often take a lifetime to find unity and peace.

This expanded edition includes special paperback extras: an essay by Anjali; a conversation between Anjali and Anita Felicelli; discussion questions for reading groups and an expanded Partition Reading List.

Praise for The Parted Earth

“I have read many books so far this year, but I can say unequivocally that The Parted Earth has affected me the deepest. For its emotional honesty and insights, for its elegant craftsmanship, and for braiding all of this through a cultural history most of us know nothing about, this is a novel with the gravitas to transform. Don't miss it.”—Shannon Gibney, Star Tribune

“Both about firsthand trauma and inherited trauma...galvanized by the modern belief that recovery and remembrance can help restore what history has broken.”—The Wall Street Journal

“When the puzzle pieces come together at the end...it’s both a bittersweet relief & an opportunity for reflection on the complexity of interfaith relationships, the cost of sacrifice & what it means to be home.”—The San Francisco Chronicle

“Like her characters, Enjeti ultimately reaches for hope. The Parted Earth is a testament to the tremendous strength of the people of India and Pakistan who found the courage to begin again.” —Shelf Awareness

“When traditional family ties fray—here, a legacy of generational trauma—other kinds of love and support often grow. As a result, chosen family becomes a strong influence in The Parted Earth. Through the support of women like Chandani and Gertrude, Enjeti highlights the unique bonds and challenges found within such intense, complex friendships.” —Chapter16

“Anjali Enjeti has created a first novel that adroitly explores the lasting impacts of families fractured and repaired.”—Booklist

“Though an author's note says that only the historical aspects of this story are nonfictional, the fact that a character shares a name with one of Enjeti's grandmothers (as seen in the dedication) underlines the pulse of truth that makes this book feel so urgent and important. Illuminating, absorbing, and resonant.” —Kirkus Reviews

“This intergenerational account of remembering and reconciliation sits comfortably alongside works of its kind.” —Publishers Weekly

“The Parted Earth is an epic novel of home and homeland, family and community, love and betrayal. In Anjali Enjeti’s deft hands, the story of a woman’s search for her grandfather, and for a connection to the ancestors, is brought to life. A fantastic debut.” —Laila Lalami, author of The Other Americans

“In this captivating, far-reaching debut, Anjali Enjeti, brings to life one family's decades-long search for love, peace and a place to call home.” —Jenny Offill, Weather

“Epic in scope, intimate in the telling, Anjali Enjeti's The Parted Earth is a devastating portrayal of Partition and the trauma it wreaked in the generations that followed. The gripping love story of Deepa and Amir cuts across decades, in a journey through New Delhi, London, Atlanta and across the Indian diaspora. A magnificent debut.” —Vanessa Hua, author of A River of Stars

“A deeply affecting novel about the ways in which the fates of individuals and the sub-continent itself were fractured by Partition as well as the magic by which we find our way back to ourselves and each other through time and space.”—Nayomi Munaweera, author of What Lies Between Us 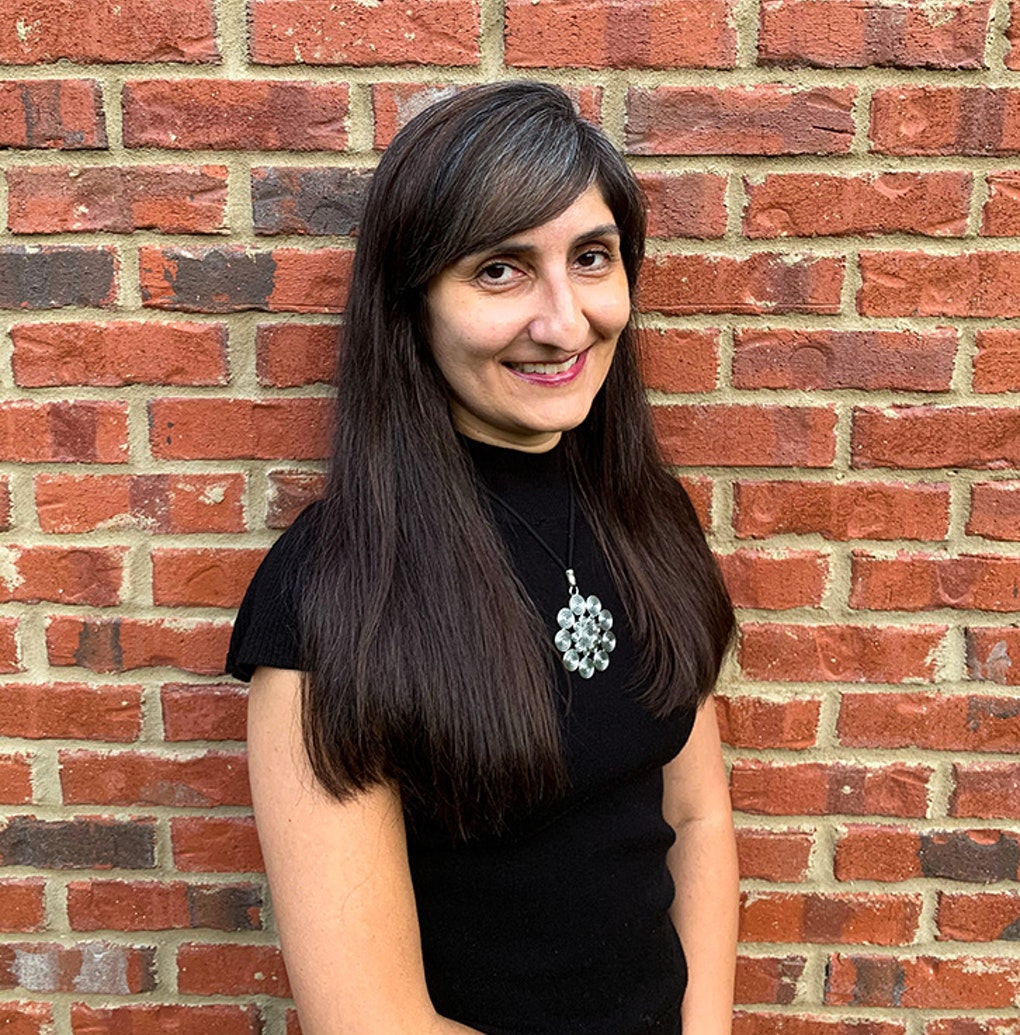 Anjali Enjeti is a former attorney, journalist, and author based near Atlanta. Her critically acclaimed books Southbound: Essays on Identity, Inheritance, and Social Change, and The Parted Earth have been featured in The Wall Street Journal, NPR, the Atlanta Journal-Constitution, Harper's Bazaar, Ms., Garden & Gun, the Star Tribune, the Post and Courier, Chicago Review of Books, Buzzfeed, and elsewhere.

Anjali's other writing has appeared in The Oxford American, Harper’s Bazaar, Poets & Writers, USA Today, the Atlanta Journal-Constitution, Washington Post, and elsewhere. A former board member of the National Book Critics Circle, she has received awards from the South Asian Journalists Association and the American Society of Journalists and Authors, and has attended residencies at The Hambidge Center, Wildacres, and Rockvale Writers' Colony.

She teaches in the MFA program at Reinhardt University and lives with her family near Atlanta.