Set during the swampy summer in 1982, this stunning debut novel follows eleven-year-old Sunshine Turner and her troubled father Billy as the secrets of their family’s past swirl around them in the one-road town of Fingertip, Louisiana. Read More

Set during the swampy summer in 1982, this stunning debut novel follows eleven-year-old Sunshine Turner and her troubled father Billy as the secrets of their family’s past swirl around them in the one-road town of Fingertip, Louisiana.

During a hot summer of June moods, grubworms, and dark storms, Sunshine discovers stones in her chest – and learns the dangers her coming-of-age will bring about in the yellow house she shares with her father. Without the vocabulary to comprehend Billy’s actions or her own changing body, Sunshine turns to an apocryphal story passed down from her grandmother: in the dark waters of the Black Bayou lives a crocodile with an insatiable appetite and a woman with a mysterious healing gift. As Sunshine’s summer unspools, she turns to the one person who will need no explanation of the family secrets she carries—the crocodile bride.
The Crocodile Bride is at once a heartbreakingly tender coming-of-age tale and a lyrical, haunting reflection on generational trauma. Reminiscent of Jesmyn Ward and Helen Oyeyemi, Ashleigh Bell Pedersen is a promising new voice in American fiction.

Praise for The Crocodile Bride

“The brackish setting allows for anger, fear, love and despair to all be felt as one. And the author delicately handles the messy union between human culpability and generational damage.” —The New York Times, Fiona Mozley

“The Crocodile Bride marks an impressive first novel filled with hope, understanding and, ultimately, a tempered forgiveness for the secret things that have happened here.” —Star Tribune, Anthony Bukoski

“The Crocodile Bride is a gripping family saga about the power of storytelling — especially its ability to warm and soften the edges of cold, harsh reality. Pedersen creates a world at once tragic and beautiful, violent and magical, desperately impoverished yet rich in meaning.” —Chapter16, Tina Chambers

“Emotionally wrought yet infused with a tender and accessible depiction of adolescent struggle, The Crocodile Bride examines the ways victims of domestic violence mentally survive their realities and the mechanisms of perseverance passed through the generations.”—Atlanta Journal-Constitution, Leah Taylor

“The Crocodile Bride is a very human and intricately constructed novel that should be on bookshelves for years to come.” —Southern Review of Books, Jordan Zachary

“Pedersen’s expert character development and winding plot is aided by short, clipped chapters that bounce back and forth in time, showing the differing perspectives of women in Sunshine's family. Pedersen skillfully crafts a slow burn of a novel that eventually opens up to expose generations of family secrets, and more importantly, the value of unearthing truth.” —Booklist

“Told with vision and compassion, The Crocodile Bride is a novel about a strong-minded, resourceful girl who breaks from her dark family history and hopes to live out a better story herself.” —Foreword Reviews

“Pedersen’s stunning debut depicts difficult subjects like alcohol addiction, domestic violence, and sexual abuse. While Sunshine is the central figure, the legacy of family trauma is told by several generations of Turner women. Ultimately, that trauma can subside when women share their secrets, stumbling over the language needed to tell what happened both around and to them. Fans of fiction about Southern women or about the formative years of girlhood will love this quick, captivating read that tugs at the heartstrings.”—Library Journal

“Ashleigh Pedersen’s The Crocodile Bride brings us Sunshine, an unforgettable girl who stands alongside our region’s greatest literary protagonists. As Sunshine and her family face a transformative summer together, the author captures the secrets of the Louisiana bayou perfectly—its spooky fairytale magic, the brooding fortitude of its denizens. With indelible images and a beautifully crafted, multigenerational cast, The Crocodile Bride cradles us confidently as we watch this mystic, poignant saga unfold through the fractured lens of Southern childhood.” —Leah Hampton, author of F*ckface

“Ashleigh Bell Pedersen reinvents the coming-of-age story. In her gifted hands, the world of budding girlhood is dangerous, marvelous and strange. This novel is transcendent.” —Irina Reyn, author of What Happened to Anna K. and Mother Country

“I can’t stop thinking about this brilliant debut novel about generational secrets and family silences, and the healing powers of storytelling. In the sweltering, lush, rich landscape of rural Louisiana circa 1982—with swamps, crocodiles, Junebugs, myths, and ghosts—11-year-old Sunshine Turner is acutely perceptive and heartbreakingly trusting, and a resilient survivor. With echoes of Carson McCullers and Dorothy Allison, Ashleigh Bell Pedersen writes in a style all her own. The Crocodile Bride is a generous, tender novel with unforgettable characters and a perfect, transcendent ending.” —Carter Sickels, author of The Prettiest Star

“Pedersen’s novel—a rich layering of tales told, lived, and imagined—is a reminder of the power of story: to explain difficult truths, to illustrate possible outcomes, and even to offer a path toward a better life.” —Necessary Fiction

"It is nouveau Southern Gothic spiced with fairytale and human fallibility, and it belongs on any bookshelf where remarkable regional fiction proves its universal appeal." —The Post and Courier, Stephanie Hunt 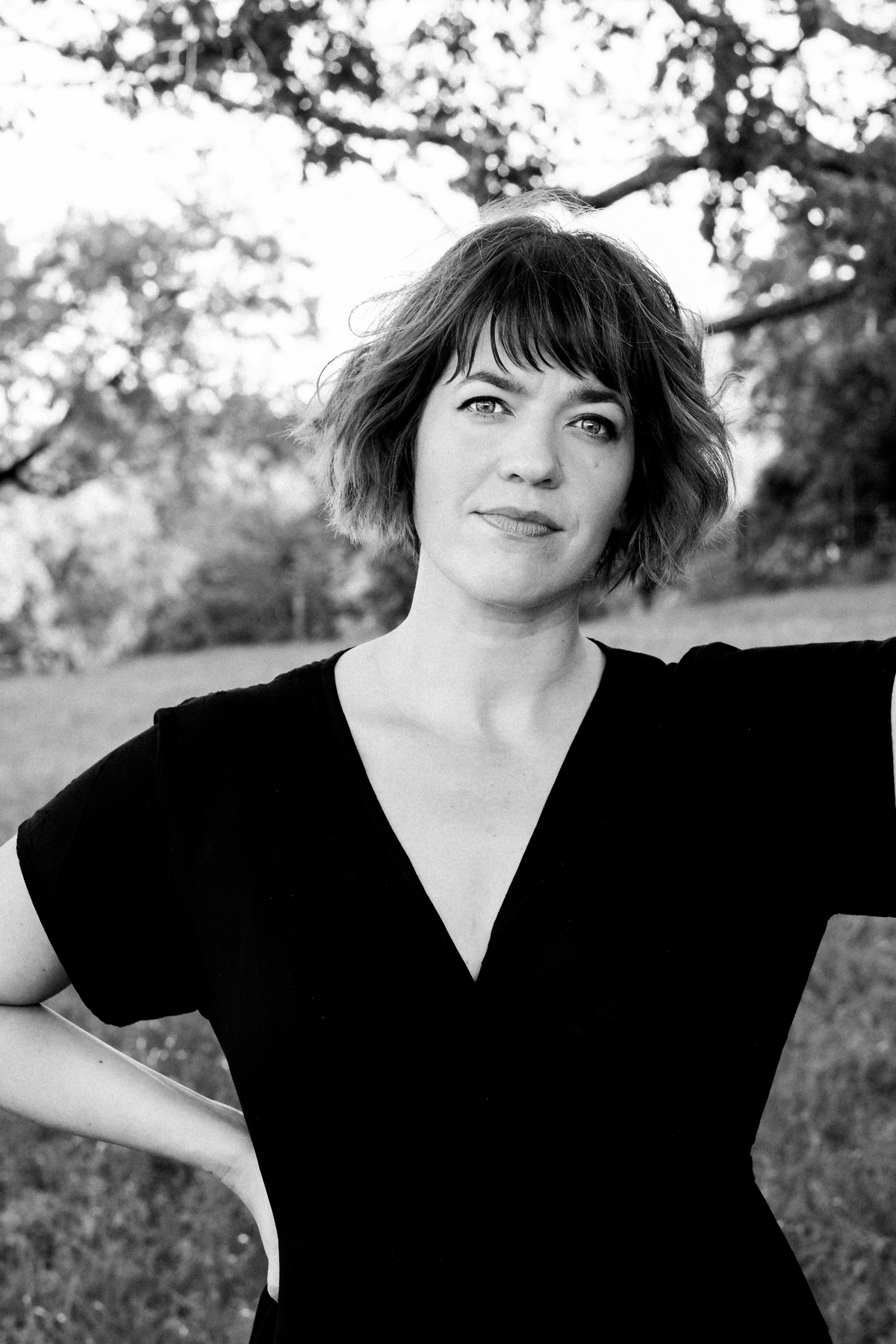 Ashleigh Bell Pedersen’s fiction has been featured in New Stories from the South, The Kenyon Review, The Iowa Review, Design Observer, The Silent History, A Strange Object, and the New York Public Library’s Library Simplified app. Her story “Small and Heavy World” was a finalist for both Best American Short Stories and a Pushcart Prize, and her story "Crocodile" won The Masters Review 2020 Flash Fiction Contest. She holds an MFA in Creative Writing from the University of Pittsburgh, where she was the recipient of a teaching fellowship and Turow-Kinder Award. She currently resides in Brooklyn, NY where she writes, acts in theater and film, and attempts to teach her dog, Ernie, proper leash manners.