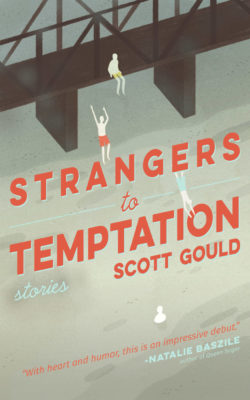 The debut collection from award-winning short story writer Scott Gould, Strangers to Temptation, takes us to the white sand banks of the Black River in lowcountry South Carolina during the early 1970s. Read More

The debut collection from award-winning short story writer Scott Gould, Strangers to Temptation, takes us to the white sand banks of the Black River in lowcountry South Carolina during the early 1970s, a place in time where religion and race provide the backdrop for an often uneasy coming-of-age. Linked by a common voice, these thirteen stories introduce us to a cast of uniquely Southern characters: a Vietnam vet father with half a stomach who plays a skinny Jesus in the annual Easter play; a mother/nurse attempting to heal the world, all the while sneaking sips of Smirnoff and Tang; a best friend whose reckless dive off a bridge earns him a fake eyeball and a new girlfriend; and our narrator, a baseball-playing, paper-delivering boy just hoping to navigate the crooked path out of adolescence. With the narrator’s eventual baptism into adulthood beneath the dark surface of the Black River, Strangers to Temptation reminds all of us what it felt like to be young, confused, and ultimately redeemed.

"Scott Gould is the perfect guide through a 1970s South Carolina low country boyhood. Big dreams and missed opportunities, the limitations of friendship across the racial divide, love and loss, are just some of the questions explored with heart and humor. Strangers to Temptation is an impressive debut." —Natalie Baszile, author of Queen Sugar

"If you are a sane, intelligent reader needful of stories that involve the heartbreak and hilarity of childhood, then you will cherish Scott Gould’s perfect collection of linked stories, Strangers to Temptation. In the tradition of Lewis Nordan, Gould’s now-adult narrator looks back on negotiating his small southern landscape with both an unflinching and frightful eye, confronted by the the distorted, maimed, misunderstood, well-meaning, and good denizens of Kingstree. It’s all about Love and the absence of Love; Truth and the absence of Truth; Exhilaration and Confusion. These stories are laugh out loud funny and wistful simultaneously. Who can pull that off? Answer: Scott Gould. I admire and love this collection, and wish that I’d written every one of the baker’s dozen stories." —George Singleton, author of Calloustown

"Scott Gould understands that the difference between a magician and a writer is not really all that much. In Strangers to Temptation he mesmerizes the reader and shows him the world anew — a southern world, the world of a boy just coming in to his own" —Daniel Wallace, author of The Kings and Queens of Roam 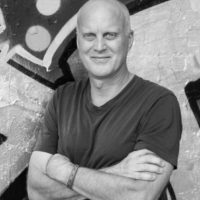