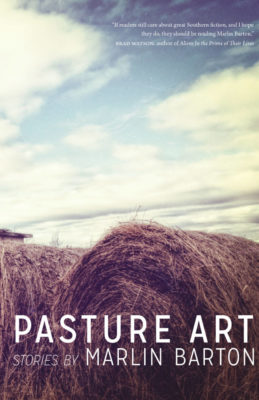 Pasture Art is a collection of stories set in nearby towns in the Alabama Black Belt, and explores the history, culture, and human spirit of the people who live there, and those that came before them and were shaped by the same rich and corrupted geography. Read More

These stories, all set in nearby towns in the Alabama Black Belt—a swath of dark soil that runs west to east through the central part of the state—explore the history, culture, and human spirit of the people who live there, and those that came before them and were shaped by the same rich and corrupted geography. In the title story a teenage girl wants desperately to escape her self-destructive mother and comes to realize the hay bale art she can see from their house may hold a key to her future, if she can divine it. The novella “Playing War” tells the story of a wife who’s just learned the hunting accident her husband was involved in years earlier was not exactly an accident. “Haints at Noon,” written in the form of a 1930s slave narrative, tells the story of a couple trying to endure that “peculiar institution.” Another story, “Into Silence,” which was included in Best American Short Stories 2010, gives voice to a woman who is deaf and mute as she tries to break the bonds of her domineering mother when a traveling photographer, working for the WPA, rents a room in their home. The past and present are joined here in stories that demonstrate the never-ending struggle for understanding and connection.

"Barton is generous and sympathetic toward his characters, no matter how much of a handful they are. A pleasing collection, humane and well-written." —Kirkus Reviews

"Barton knows his Alabama Black Belt—the place, its people, its history, its language —as well as or better than any writer I know of. His people are haunted equally by fidelity and infidelity, by emotional isolation chosen and not, by possible real aliens as well as the ones they married or gave birth to, and by the deep pain of inexorable love. Their stories will haunt you after you’ve read this book. The anchor novella, a powerful deconstruction of a tragedy that continues to destroy everyone involved even twenty years after the fact, is as much a page-turner as any great crime story, and it’ll make you weep. If readers still care about great Southern fiction, and I hope they do, they should be reading Marlin Barton." —Brad Watson, author of Aliens in the Prime of Their Lives: Stories

"These are savage, haunting stories of devastating rivalry and secret love. Marlin Barton's Alabama is dangerous as a rattlesnake, dark as a mine, and deep as a well. Electrifying."—Cary Holladay, author of Horse People: Stories

"Marlin Barton writes about people in small town Alabama with an unassuming artistry that makes them as real and memorable as the Pennsylvanians of Updike and O’Hara, and the Russians of Chekov. The stories in Pasture Art rank with those masters of the form." —Dan Wakefield, author of Going All The Way and New York in the Fifties. 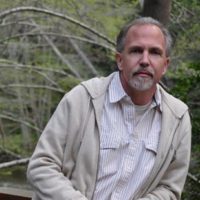 Marlin Barton has published two collections of short stories, The Dry Well and Dancing by the River, and two novels, A Broken Thing and The Cross Garden. His stories have appeared in a variety of journals and anthologies, including Shenandoah, The Southern Review, The Sewanee Review, Prize Stories: The O. Henry Awards, and The Best American Short Stories.