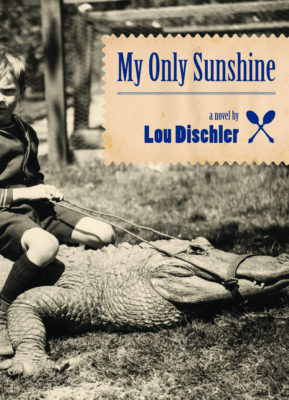 “Dischler's raised the bar when it comes to the term ‘romp.’ What a great, great addition to the comic southern novel.”—George Singleton Read More

In 1962 the Cubans have their Russian missiles pointed right at the sugarcane plantations of Red Church, Louisiana, but nine-year-old Charlie Boone and his gravel-eating younger brother, Jute, are fixed on velvet ants and the declining health of a horse named Lunch Time. Their father has been sent upriver after a botched convenience store holdup and a walloping with a can of Crisco. Their mother, too, has vanished—Memaw and Pawpaw insist she disappeared in a hurricane. But Charlie hasn’t given up hope, fondly remembering her singing a campaign song as he dozed off in her lap: You are my sunshine, my only sunshine …

When Charlie’s long-lost uncle Dan rolls up at the grandparents’ farm like a returning war hero in a stolen Buick—the trunk loaded down with erotic contraband, a beautiful girlfriend at his side—the misadventures begin. After taking over Charlie’s bedroom, the latter-day Bonnie and Clyde grab a laundry bag and head for the Great Southern Bank of Baton Rouge. Thinking they plan to bring back a pair of breakfast pigs, Charlie attempts to dig a pen and opens a mysterious gusher of saltwater. Meanwhile the good people of Red Church turn on the air raid sirens, and amidst the confusion of a coming Armageddon, Charlie tries his hand at strip poker and whiskey-drinking. He is promptly dispatched to reform school, where his real education begins.

The intertwining stories of Charlie and his uncle Dan in Lou Dischler’s hilarious novel My Only Sunshine build to an uproarious climax in which an alligator is loosed from a suitcase, the Holy Ghost pays a visit, and Charlie’s once lowlife family is raised up by a five-million-ton geological oddity—what Pawpaw calls “an honest to God fact of nature.” Buckle up for a big dose of Cajun comedy as Charlie takes charge.

“Dischler's raised the bar when it comes to the term ‘romp.’ What a great, great addition to the comic southern novel.”—George Singleton 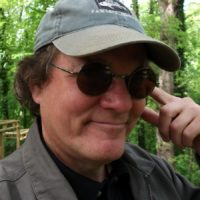