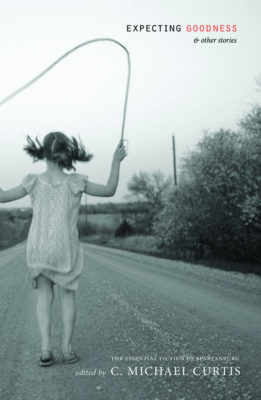 This book of short stories was the runner-up in the Independent Publisher IPPY Awards, for the top collection of short fiction in North America. It features the work of 20 Spartanburg writers. Read More

When renowned fiction editor C. Michael Curtis moved from Boston to Spartanburg to accept a distinguished chair at Wofford College, he assumed he'd be far from a literary center. But Curtis, long-time fiction editor of The Atlantic magazine and self-professed "habitual anthologist," found himself in a pocket of extraordinary writers. The venerable literary editor's exploration of his new city has led to the publication of Expecting Goodness, a collection of twenty Southern short stories by both established and up-and-coming authors who remarkably share the same hometown.

The title story by Michel S. Stone transpires in an airport as a hesitant young husband begins his journey toward an adopted child. In Rosa Shand’s heartbreaking “Sweetness,” a fifteen-year-old Charleston girl discovers her mother’s lesbian love affair (“I knew we were all in hell,” she says.). Two teenage boys looking for a good time encounter a deadbeat, aging Jack Kerouac in Deno Trakas’s “Pretty Pitiful God.”

There’s levity in this collection too: in Lou Dischler’s offbeat “Lola’s Prayer,” a file clerk believes she has lost a pregnant chinchilla up the tailpipe of her Toyota.

Among the other authors are Thomas McConnell, author of the story collection A Picture Book of Hell (Texas Tech University Press); National Public Radio producer Thomas Pierce, Susan Tekulve, whose collection My Mother’s War Stories received the Winnow Press fiction prize; and Elizabeth Cox, author of A Slow Moon (Random House, 2001). Expect goodness from all of them. 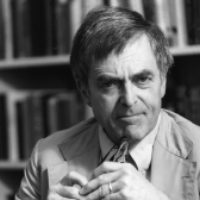 C. Micheal Curtis has been fiction editor of The Atlantic magazine for more than 35 years. He shares the John C. Cobb chair in Humanities at Wofford College with his wife, novelist Elizabeth Cox. Curtis is also the editor of six story anthologies, including God: Stories and Faith: Stories (Houghton Mifflin). He has published poetry, reviews and essays in The National Review, The New Republic and many other publications.