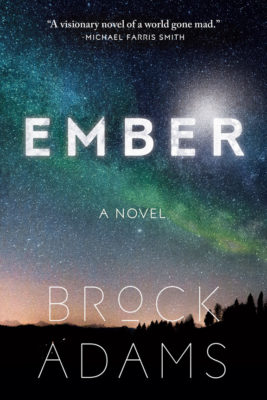 The sun is dying, civilization is collapsing, it's 30 degrees in summer. Lisa and Guy's marriage is falling apart. Read More

Three years ago, the sun began to die.

In a desperate attempt to reignite the failing star, the United States joined the rest of the planet in unloading its nuclear arsenal at the flickering ember. The missiles burst from silos in Wyoming and Bangladesh, cocooning the earth in tendrils of smoke as they began their two-and-a-half year journey into space. When they finally reach their target, it’s thirty degrees in July and getting colder. Lisa and her husband Guy sit shivering on a South Carolina hilltop, watching as humanity’s best hope at survival shimmers faintly … then disappears below the horizon.

A group of militant rebels called the Minutemen take advantage of the ensuing chaos to knock out power grids, cloaking the freezing earth in near darkness. Seizing control. To escape this ruthless new world order, Lisa and Guy join a reluctant band of refugees crossing the snow-covered South in search of shelter and answers. From an icy parking lot in Atlanta to the Minutemen's makeshift headquarters at Asheville's Biltmore Estate, only one thing is certain: in a world with little light, nothing is guaranteed—least of all survival.

Brock Adams’s Ember is equal parts Emily St. John Mandel and Cormac McCarthy, “a visionary novel of a world gone mad, where the line between good and bad is smeared with gray, and hopeful points of light rage against the darkness” (Michael Farris Smith, author of Desperation Road and Rivers).

"Adams has adeptly put trust, love and faith to the test. With climate change and global warming a growing concern, Ember is a chilling scenario." —Shelf Awareness

"A gripping post-apocalyptic tale...A terrifying spin on the possibilities of extreme rhetoric will chill readers with its bleak image of the failure of humanity and the futility of fighting massive climate change." —Publishers Weekly

"This evocative, near-future story imagines our misuse of Earth as resulting in a wan and failing sun, making it both timeless and contemporary. Against a haunting, apocalyptic southern landscape, and with a panoply of rich characterizations, this beautiful novel is a cautionary tale about the power-hungry who rise from the ashes of a lost and dying world. With page-turning twists, the writer makes us care deeply about the small band of survivors making their way against violence and fear and the unknown – toward a brave new world. Ember begins with a small, glowing flame of intrigue and originality, then grows into a fireball of dazzling plot and prose, bursting into a literary tour de force." —Bridgett M. Davis, author of Into the Go-Slow and Shifting Through Neutral

"Though set in the American South, Brock Adams' first novel, Ember, recalls to me the speculative fiction that emerged out of Eastern Europe in the latter half of the twentieth century: absorbing, brave, smart, and (in the best sense of the word) destabilizing." —David Leavitt, author of The Two Hotel Francforts

"Ember burns with imagination and wrestles with chaos, and combines these two to create a visionary novel of a world gone mad, where the line between good and bad is smeared with gray, and hopeful points of light rage against the darkness." —Michael Farris Smith, author of Desperation Road and Rivers 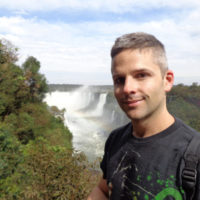 Brock Adams is a senior instructor of English and creative writing at the University of South Carolina Upstate, where he also directs the Writing Center. He has published stories in Sewanee Review, Best American Mystery Stories, Barrelhouse, Acapella Zoo, and elsewhere. His book of stories, Gulf, was published by Pocol Press in 2010. He has an MFA in creative writing from the University of Central Florida.