Child in the Valley

The News of the World meets Deadwood in this coming-of-age story set in the harsh landscape of Gold Rush America, centering on an orphan’s journey to California in a wagon train of ruthless 49ers. Read More

Seventeen-year-old Joshua Gaines is the orphaned foster son of a failed doctor, on the run from his father’s debt. In 1849, he travels to Independence, Missouri and falls in with the mysterious, four-fingered Renard, and his companion, formerly-enslaved Free Ray. Joshua offers his medical expertise to their party, and together they embark on the fifteen-hundred mile overland journey to Gold Rush California.

Following the hardship, disease, and death on the trail, the company abandons panning the river in favor of robbery and murder. Engulfed by violence, the young doctor-turned-marauder must reckon with his own morality, his growing desire for the men around him, and the brutality that has haunted him all his life.

For fans of The Revenant and Ian McGuire’s The North Water, Child in the Valley is a gorgeously rendered tale cut from the turmoil of a fledgling America. Gordy Sauer’s careful eye and penetrating literary lens offers a modern, incisive look into the complexities of masculinity, isolation, and the impenetrable nature of greed.

This novel is part of the Cold Mountain Fund Series, in partnership with Charles Frazier.

Praise for Child in the Valley

"Child in the Valley possesses a charged emotional power. With a potent lyrical style, Sauer plumbs the depths of Joshua’s loneliness, his loathing toward his father and attempts to repress his sexual desires." —Dallas Morning News

"Bending readers' sympathies to the point of breaking is an infinitely harder task than writing a book full of stereotypes, but it rewards the audience with a thornier, more satisfying story." —Columbia Daily Tribune

"Sauer debuts with a riveting cautionary tale of greed set during the California gold rush. Sauer’s imagistic style credibly affects an apocalyptic tone while describing the desolate landscape. This is an accomplished literary western." —Publishers Weekly

"Child in the Valley is vividly brutal and haunting, well beyond its subject matter. Gordy Sauer has a bright future ahead of him."

"Sauer balances vivid scenes of violence and betrayal with glimpses of Joshua’s emotional turmoil as he’s drawn more deeply into Renard’s scheme, one that with each murderous theft transports him further from his dream of following his father into the medical profession. The young man’s conflict climaxes when he and the others encounter a religious community that brings him face to face with the depth of his transgressions. The ruthlessness of Renard’s gang becomes a metaphor for the history of White civilization’s westward expansion in the 19th century, but Joshua’s own journey concludes on a note that offers, if not full redemption, at least a glimmer of hope." —Kirkus Reviews

"Set during the era of the California gold rush, Child of the Valley is the brutal telling of one man’s journey as he travels west in the hope of changing his life’s circumstance. Richly detailed and beautifully written, Sauer’s novel is an examination of the lengths people are willing to go for the promise of the American dream." —LaTanya McQueen, author of When the Reckoning Comes

“Gordy Sauer is a serious talent, an assured voice reminiscent of Ian McGuire. Early in Child in the Valley there is some temptation to stop to marvel at the language, the vivid imagery, but the characters are real and the story compels, insists upon headlong reading. Unflinching and piercing, pungent with surprising details, Sauer’s prose transports to a fully-realized 19th century frontier milieu, a violent, energetic, uncomfortable place and time.” —James A. McLaughlin, Edgar Award winning author of Bearskin 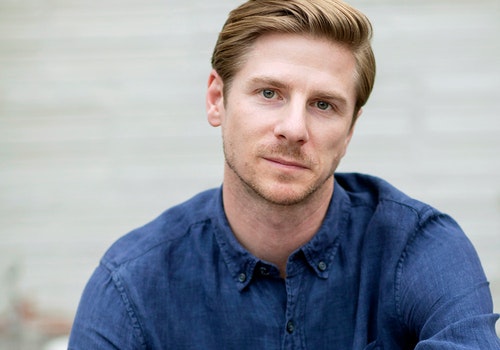 Gordy Sauer is a native Texan and transplant Missourian. He holds an MFA from Columbia University and an MA from Clemson University. His writing has appeared in Narrative Magazine and Boulevard, among other places, and he received a 2013 artist's grant for residency at the Vermont Studio Center. A lifelong educator, he has taught snowboarding, fly fishing, middle school math and science, and now works as a speechwriter at Mizzou. This is his first novel.

We Imagined It Was Rain