An Evening with Olin Sansbury | Joint Ventures: A Life Enriched by the Good Will of Other

Please join us at Hub City Bookshop on Tuesday, September 8th at 6 p.m. for an evening with Spartanburg author, Olin Sansbury!

In his lastest work, Joint Ventures: A Life Enriched by the Good Will of Others, Sansbury reflects on his life remind us that people and institutions create the breadth, depth, and richness of human experience. Your ticket purchase includes a copy of Joint Ventures! Click here to reserve your seat.

Who would not give up some of that richness for an easier path? Sansbury does not flinch from experiences that roughed him up and, perhaps with the passage of time, finds humor in events that frustrated or bemused the young man from a small Southern town. He writes of the inevitable losses of loved ones, of battles large and small, of compromises that must be made and of others that cannot be made, with grace and strength.

His message, that human existence is a web of joint ventures and that the web is far-reaching and often surprising, is one we all need to hear and embrace, especially in this third decade of the 21st Century.

"This memoir is a guidebook for all who wish to make the decades of one's life count for civility, for progress, for social interaction with the best motives. It is a moving read. Olin Sansbury's pragmatic life journey through more than one fruitful career is a heartening example of making choices, some good, some not so good, and some lucky. He always accepts responsibility for his choices and gives credit to others who have had a collaborative part in his considerable success. Dr. Sansbury is a historian and political scientist, a teacher, whose perspective on the 20th century and recent past, is well worth your time. Life is indeed a JOINT VENTURE." - Elaine T. Freeman, Founder of ETV

"Joint Ventures is the memoir of a visionary. Olin Sansbury encouraged the pursuit of African American professors and staff to better connect the urban community of dreamers in Spartanburg to the possibilities of higher education. The benefits are still being realized." - Brenda Lee Pryce, former South Carolina state representative 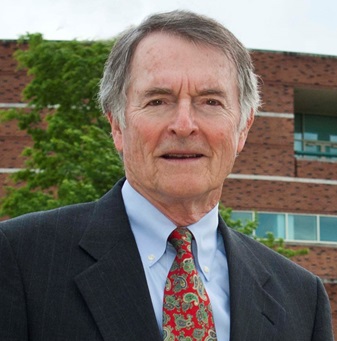 A native of South Carolina, Olin Sansbury grew up in Darlington. Sansbury served in the US Army and spent thirteen months as an administrative officer in Vietnam between March 1962 and March 1963. Before embarking on his academic career, he was a television newsman and editorial writer at WBTW in Florence. Sansbury first thought at USC Florence and Coastal Carolina. When the Florence campus was converted into Francis Marion University, he was the first dean of students at the new institution.

In May 1973, Sansbury became the chief administrative officer at USC Spartanburg, a position to be held for 20 years. After retiring from USCS, Sansbury was executive Director of the Greenville Symphony. He continues to offer courses in Wofford College's Lifelong Learning Program. He currently lives in Tryon, North Carolina with his wife, Mary Ann Claud.